ASUS' new E-series of affordable laptops, the ASUS E210, E410, and E510 are packed with a youthful vibe and great colors. These portable laptops are powered by Intel processors with 12-hours of battery backup.

ASUS has recently revealed three new value-packed laptops namely, the ASUS E210, E410, and E510. All these are designed keeping in mind the young students who look for lightweight, eye-catching laptops with trendy colors and, above all, better computing capability. 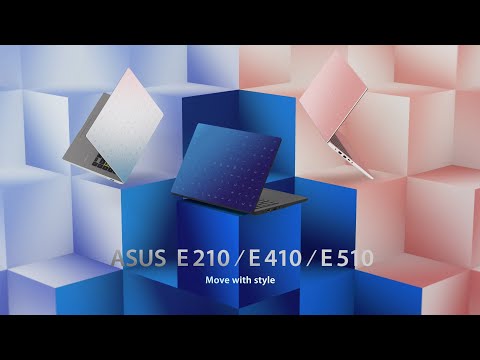 The ASUS E210, E410, and E510 feature a unique deconstructed ASUS lid motif design and are offered in three very striking color options such as Peacock Blue, Dreamy White, and Rose Gold. The first two colors are reflective enough to change hues with the change in viewing angles while the third one has a subtle finish.

When the laptops are opened the Enter key stands out for its yellow accent. Also, there is a 6-inch ASUS NumberPad which combines the number keypad with the touchpad to speed up the number typing. One can, however, inactivate the number keypad, if the user wishes so by just tapping on an icon on the touchpad.

The 180-degree lay-flat design comes in handy to show around on-screen information to a bigger group of friends and colleagues. These compact laptops are easy to carry around as they comfortably slip into a backpack or a smaller bag.

The E410 and E510 come with NanoEdge design where bezels are significantly shrunk allowing the screens to have maximum visual space. All three laptops also have a fan-less design that ensures the necessary quietness to their users while they perform their tasks.

This potent hardware allows for snappy booting time and lag-free multitasking sessions which may last for longer as these laptops are fitted with a high endurance battery that has longevity for up to 12 hours after a single full-charging.

To get more out of these laptops one can use the MyASUS feature, a collection of several ASUS apps and tools meant for syncing your iOS and Android phones with the laptop, optimizing performance, contacting after-sales service and support, and many more such type of things.

Pricing and release dates in the Philippines are yet to be announced.