Yamaha XMAX for sale in the Philippines September 2020 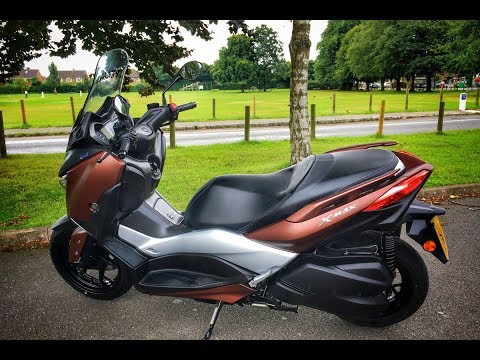 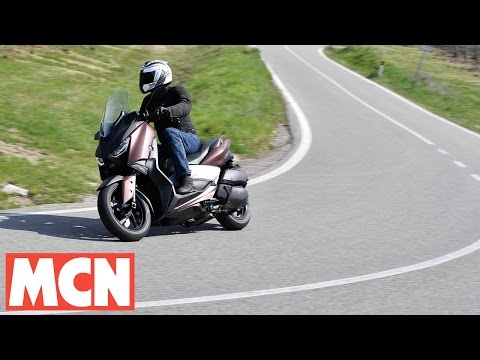 The Yamaha XMAX may look like a bigger version of the Yamaha NMAX maxi scooter. Both vehicles have a sharp style matched up with a powerful engine. In 2016, the replacement of the Yamaha XMAX was launched, it has a multi-function instrument console that looks informative and cool. It also offers a large under seat storage capacity for the rider's helmet and other gears. The Yamaha XMAX clearly showed that it has achieved the levels of finesse in its segment. In a similar fashion as it has conquered various categories of motorcycles. It has an urban-oriented premium design and robust mechanicals on paper, the Yamaha XMAX surely feels the most upmarket scooter the company has ever produced. The Yamaha XMAX is based on the flagship scooter from the Yamaha, the TMAX, with a smaller powertrain and footprint to make it more accessible to the masses. The Yamaha XMAX is Yamaha's flagship vehicle in the Philippines, it is priced at PHP 249,000 and is available in two color options – Bronze and Matte Grey.

The Yamaha XMAX has been designed to impress all its potential buyers. It has that European looks which certainly played a big part in its style. Based on the flagship Yamaha TMAX, the Yamaha XMAX has got a maxi-scooter persona which makes it look very modern and futuristic. At the front, it has a long vertical apron which has very busy styling. It comes with dual full LED headlamps with eyebrow-shaped daytime running LEDs above and air vents. The upper portion of the apron, just above the headlights comes in black and consists of busy sharp lines and winglet shaped cowls to aid in the aerodynamics of the scooter at higher speeds. At the top of the apron, it has a very tall fully adjustable transparent windscreen, which alone adds some visual bulk to the frontal stance. It has a windscreen which can be adjusted 50mm higher for better protection from wind blasts.

The frontal look of the scooter is the side apron mounted turn indicators and body colored front forks cover, which extend all the way down partially covering the front brake. The Yamaha XMAX gives the best rider's view ahead among all the scooters present in the country right now. It has a fully adjustable handlebar which can be adjusted closer to the rider whenever required. The Yamaha XMAX also got a premium looking part digital instrument console. Just between the analog dials for speedometer and tachometer, it also comes with an LCD screen that displays a host of data while on the go.

The Yamaha XMAX has got few more very innovative and premium features, such as keyless ignition with smart key, an electric power socket for charging your smartphones, and a dual compartment under seat storage with LED lighting. For the smart key, this allows you to start or stop the engine and unlock the under-seat of the compartment and fuel tank just with using a remote. For its premium positioning, build quality, fit and finish, and switchgear design it feels top notch, thus justifying its price. Aside from its powertrain which makes the Yamaha XMAX a hoot to ride, it also has the strong mechanical underpinnings. Sitting on a backbone frame, it is equipped with 33mm hydraulic telescopic forks at the front and a unit swing suspension with dual coil springs at the rear.

Its targeted market is for the urban audience, both the ride quality as well as handling is given equal priorities. When it comes with its suspension, it is on a softer side, making the overall ride quality plush and very comfortable. The Yamaha XMAX has a large 15-inch front wheel and with a 14-inch rear wheel, both with meaty tubeless tires, enable to have impressive handling characteristics.

Talking about its power, it has the new age 4-stroke, single cylinder, liquid cooled, fuel injected, 292 cc engine, which belts out 28 PS of maximum power output and 29 Nm of maximum torque output. Matched with a conventional CVT transmission, the engine feels refined and powerful enough to beat some of the similarly priced motorcycles in outright performance. The torque band is fat, and it will never fail to pick up the pace with immediate surge.

It also has a very efficient BlueCore technology, it returns a decent fuel economy figure as well. Matching the premium mechanical credentials, it has a disc brake setup at both the ends. It measures at 267mm front and a 245mm rear disc brake impart excellent braking capabilities of the vehicle. It is equipped with a dual-channel Antilock Braking System and Traction Control System as standard, thus preventing wheel spin and locking, which is quite essential for a scooter this bulky.

It also has a premium and modern design targeted at the urban audience, the Yamaha XMAX it's quite a stunner to look at and a sure head turner to all. The liberal stance coupled up with exciting design cues as well as impressive features which makes the Yamaha XMAX one of the most desirable scooters in the Philippines. Although it does not mean that the Yamaha XMAX is all show and no go, It got some robust mechanical traits under that flashy skin. The ride quality and handling too is spot on, with its robust mechanical setup, it's surely something that you can't miss.