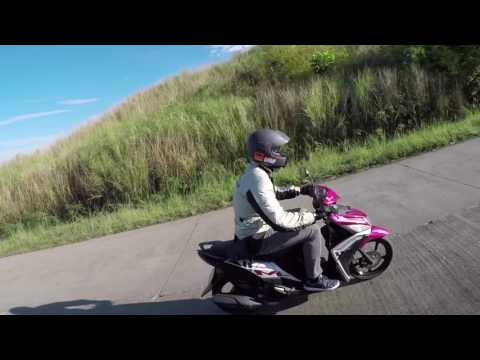 Yamaha Mio i 125 and this thing called Blue Core 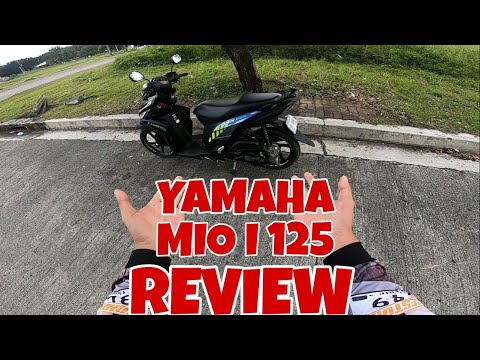 Latest News of Yamaha Mio i 125

A Better and Improved Yamaha Vehicle

The Yamaha Mio i 125 is a perfect combination of an underbone and a scooter. It offers a big and better 14-inch wheel but with the styling of a scooter, it is lightweight and has a low seat height of just 750mm. It has a dual tone color that has black as the base which does look attractive. The Yamaha Mio i 125 revs a very smooth 125cc engine that make a 9.5 horsepower at 8,000rpm along with a peak torque of 9.6 Nm at 5,500rpm. It also has a total fuel tank capacity of 4.2-liters.

Yamaha Motors Philippines introduced the new model of the Yamaha Mio Soul i125 with the stop-start technology for better fuel-efficiency. It also features a sharp and bold design, the Yamaha Soul i125 is available in the Philippines at Php 83,000.

Yamaha is one of the leading automatic scooter segment in the Philippines with a wide range of offerings, especially in the Mio range. The automatic scooters in the Philippines have always been a success, with this popularity to play with, Yamaha has managed to dig deep into the segment with quite a few options. Even facing a fierce competition from Honda, Yamaha just managed to pull things around with the help of campaigns like "We Are Mio". This program is designed to promote Mio as one of the best-selling automatic scooters in the country. Yamaha has always managed to raise the bar of performance in the motoring world a notch higher and the Yamaha Mio i 125 is just a classic example of the same.

Yamaha always challenged its limitation when it comes to motor technology to excel in new motor innovations. Yamaha promises more power with less fuel consumption on their vehicles. Filipino riders in the Philippines will feel the benefit of the light-weight, reduced power loss, and increased cooling efficiency of the new Yamaha Mio i 125.

The Yamaha Mio i 125 is perfectly designed on a slim and compact frame to keep the weight to a bare minimum. The body of the Yamaha Mio i 125 is extremely well-crafted and sculpted at all ends. It has a stylishly shaped headlamp and turns indicators on the adjacent sides which look good and amazing, especially with the base of a high front wheel guard. It also has "MIO" graphics on the front which makes things even more interesting. When it comes with the instrument console, it is extremely informative and attractive at the same time.

Even though having a complete analog panel with a speedometer, the illumination is quite on the eye-catchy side. It also comes with an Eco Indicator which lights up to let the rider know whenever the speed and driving condition is optimum for the highest efficiency. For its seats, it is well contoured and cushioned and is comfortable for both the rider as well as the pillion.

When it comes with its rear grab rail, it is an M-shaped bar unit which is one-of-a-kind and exudes style. The Yamaha Mio i 125 is always known for its smooth ride quality. It is designed to provide optimum comfort and favorable riding experience. It gets both electric and kicks for the ignition start system. The Yamaha Mio i 125 is paired with a smooth engine and transmission, this makes a perfect feedback for the rider. It also provided an ample legroom for the rider in front. It comes with the seat height of 750mm which makes it suitable for people of any height.

As for female riders, it wouldn't have any problem riding it as the overall curb weight which includes a full fuel tank and engine oil, it is just around 92 kilograms. If there are bumpy or any bad roads this isn't very difficult to manage for the two-wheeler has a pretty good suspension setup. It has a telescopic front fork and the swingarm at the rear make for smooth absorption of uneven roads.

The Yamaha Mio i 125 has an engine working under the hood. It has the 125cc single-cylinder engine with two-valves that can make 9.5PS of top power at 8,000rpm along with a maximum torque of 9.5Nm, which comes at 5,500rpm. Although the power is sent down to the wheel using a V-Belt automatic unit, the forced-air cooling system which offers an optimum performance of the engine even on long rides, keeping its temperature down by a good margin.

It also has the fuel injection system which makes a better fuel economy. The Yamaha Mio is a 125-cc scooter and has a single disc brake for the front wheel. For the rear, it has a drum brake which might increase the stopping distance a bit if you are going at a high speed. It has 14-inch wheels with 80- and 90-section tires for the front and rear respectively, adding more stability which keeps the vehicle firmly planted to the ground. The Yamaha Mio i 125 is one refined automatic scooter and deserves the kind of response it gets from the customers.

It is also one direct competitor to the Honda Click 125i and is placed above the 110cc Honda BeAT. Even as you consider the Honda Click to have a higher power production and with the same displacement engine, it is equally important to consider that the Yamaha Mio is around PHP5,000 more affordable, with a lighter weight and has a lower seat height, all of which make it very versatile.

Reviews of Yamaha Mio i 125

I Can't Drive Now. But I really like Driving

How much po near location San antonio Quezon

I want to buy this motor cash please contact me..