Yamaha Mio Aerox 155 for sale in the Philippines April 2021 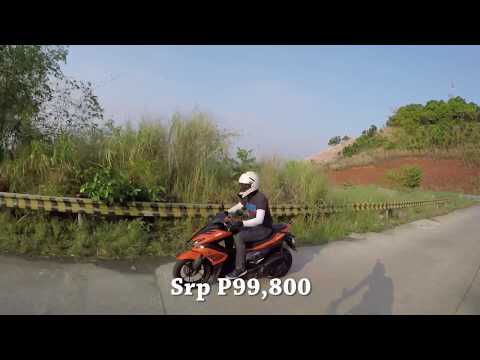 The Yamaha Aerox155. The most powerfull stock Mio to date. 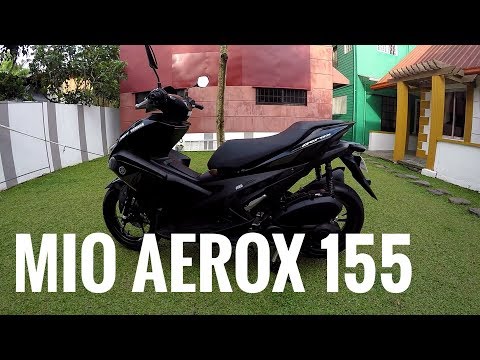 The Fusion of Excellent and Technology

The Yamaha Mio Aerox 155 is available in 3 different colors - Race Blue, Vibrant Orange, and Black Raven. It is a cut above the rest, its engine displacement class, it has everything that even the most demanding customer may have on their list. The Yamaha Mio Aerox 155 is priced at Php 99,800 in the Philippines. It may be quite expensive, but its performance lives up to that promised by its appearance.

Built with The Right Speed

The Yamaha Mio Aerox 155 front looks aggressive, which is like the Honda PCX or the Yamaha NMAX. The Yamaha Mio Aerox 155 has a shape made up of sharp angles that look like they could cut just by staring too long. For the front and rear section carry scowls accentuated by LEDs and the integrated grab handle in the rear. When it comes with the seat, it does not ride too high and looks fat and comfy. For its appearance, the Yamaha Aerox 155 has three color options, all complemented by matte black Raven, Vibrant Orange, and Yamaha Blue.

The Yamaha Blue comes with a color matched three twins spoke wheels. For its dimensions, it is compact at 1990mm X 700mm X 1125mm. It has a wheelbase of 1350 mm and the ground clearance of140 mm and with a seat height of 790 mm. The Yamaha Mio Aerox 155 is mixed of a maxi scooter and an underbone, there is a big spine in the middle with footboards on each side.

The 14-inch wheels are wrapped in 110/80 53P tires in the front and 140/70 62P tire in the back. This is not something you'd want to take even the slightest bit off-road. It has many urban and modern features too. It comes with a large 5.8 inches LCD panel digital display with white text on a blue background which serves as the very funky and comprehensive instrument cluster.

The spine mounted fuel filler cap, starter and the seat are unlockable from the same spot, and there is also a remote starter included. For its storage capacity, under the seat, it offers a 25L storage space that can easily store a full-face helmet. Plus, it even has a 12V power outlet with a protected space for keeping devices. The seating is really compact, especially due to the small footboards, but the riding position is comfortable.

For its seats, it is wide but flat so it's easy to move about. Its handlebars are low and do not tire out the rider on long drives. It has fat 26mm forks in the front and dual shocks in the rear are set for comfort. When it comes with handling, it is nimble, and the tires give a lot of confidence to get good banking angles.

It is a breeze to ride in the city traffic and almost feels like a bike. It is not too heavy with its weight of 116 kg which also enhances the handling. The Yamaha Mio Aerox 155 makes many promises of performance, its engine can more than keep up with them. It is equipped with liquid cooled fuel injected SOHC 4 valve single cylinder engine, which can produce 14.8hp at 8000rpm and 13.8Nm of torque at 6250rpm.

It uses variable valve actuation that lets it control the fueling according to the engine speed. It lets it have high torque at low speeds and high power at high speeds. When its at high speed, the Yamaha Mio Aerox 155 can easily reach speeds of up to 120 kmph. Its engine is also more enhanced with Yamaha's Bluecore tech that reduces wastage of fuel with a host of engine tech.

It also has a smart motor generator that allows silent starts while saving weight. For the Yamaha Mio Aerox 155 enhancements, it's also fuel efficient with average fuel economy figures of 45kmpl. It has a fuel tank at 4.6-liter which is decent and gives it a good range. When it comes with its safety feature, it comes with a single hydraulic disc brake in the front while the rear gets a drum brake. It does not include an ABS, nevertheless, the brakes are adequate enough for most purposes.

For the overall performance, the Yamaha Mio Aerox 155 is a great underbone motorcycle. It is one modern, stylish, powerful and practical vehicle to have. It is might be slightly expensive but very much worthy of its price. If you are out and looking for one of the best urban underbone commuting vehicles in the Philippines, this is just about the best that you can get.

I don't have an intention to buy this brand

This is what I will suggest if you wanted to buy your first scooter at first time kayo magdrive go with thsi ...Read more

What year is the model?

What year is the model ? How many kilometers worked before ?

Looking for use scooter

Where is your location