In the world of affordability, the terms German and cars don't exactly thrive together, let alone complement with each other. If there's anything, these words are almost always heading to varying directions. This 2019, Volkswagen tried to put a stop to that notion.

This attempt is quite evident on the Volkswagen Santana, its official entry in the economy sedan segment in the Philippines. The car is very much-touted to be a direct contender against the likes of the Toyota Vios, right alongside Honda City, Hyundai Accent, and Mazda 2.

For those who have followed Volkswagen's tangled history, however, such a feat could already be in the fold for the German automaker in the local automotive scene. After all, the company boasts a history that features the production of daily economic drivers. In a way, the introduction of Santana locally could just very well be considered as the brand's way of getting back to its more humble roots.

Did you know that the term Volkswagen literally translates to "People's Car"? Let that sink in right before we finally delve into some of the Santana's specifics.

Powering the Volkswagen Santana is a bare yet reliable 1.5L BlueMotion multiport injection engine, which revs up 89 HP for the manual and 108 HP for the AT variant. Just how does it fare on the metro roads, you ask?

As you might have already gleaned from its offerings, the 2020 Volkswagen Santana MPI's capability is relatively standard, with respect to the other models in its segment. On paper, the Santana is neither a racer nor a grand tourer.

Meanwhile, the Volkswagen Santana's automatic transmission is both tentative and sluggish, right when users subject it to uphill drives or when passing or overtaking vehicles. Fret no further as these can be alleviated with the use of its Sport mode on the automotive variant. Ultimately, the manual option isn't noted to have experienced this issue.

The powertrain that resides in the Volkswagen Santana is already well enough for uses to reach highway cruising speeds. In this section, though, the brand could have introduced a more powerful engine option, one that could rival or even outperform some of its more modern compatriots in the engine department.

When it comes to Volkswagen Santana's overall ride, the economy sedan exudes an undeniable prowess in this regard, thanks to its tall tires and even taller height. And while it wallows a bit when running over bumps and undulations, the car still gives a calming impression that you're riding in a bigger vehicle and one that impresses upon a soft-riding experience, at that.

The Volkswagen Santana's soft suspension comes with a drawback, however: its middle-of-the-road handling performance. The car notably dips itself to one side when corners are factored in while its nose dives even when going for moderate braking. Car enthusiasts think that its profile tires could attribute this.

The 2020 Volkswagen Santana's interior fairly reflects the soul behind its exterior's conventional nuances. For one, its dashboard is equipped with the typical buttons you'd find right on a contemporary passenger car, with sturdy plastic hovering behind.

Meanwhile, the Volkswagen Santana's three-spoke steering wheel is one that rises above its already-stark design language. Its seats are likewise a standout, with their relatively comfortable features. Its in-dash infotainment system, though, takes it up a notch with its comprehensive functions, which include SD card, AUX-IN, and USB connectivity.

Perhaps one of the coolest features one can find inside the Volkswagen Santana is the inclusion of an optional 7-inch Blaupunkt touchscreen infotainment monitor. This alone stirs up the competition in a segment that is most often not focused on, if not slightly ignored.

In terms of its headroom and legroom for both its front and rear seats, the 2020 Volkswagen Santana offers one of the amplest spaces in the competition, especially for Asian-sized occupants. On the other hand, passengers situated in the back row have access to its centrally-mounted cabin light, alongside two cubby holes placed in the interior door panels. There is also a cup holder slotting between its two front seats. Likewise, Santana also comes with an optional sunroof, another rarified offering among under the subcompact segment.

Other notable features in this aspect are its side airbags, cruise control, automatic headlights, and a more-than-decent manual A/C system.

What would make Santana headlining its competition in this segment is the addition of more airbags and telescopic steering adjustment.

Despite the Volkswagen Santana's solid stance to not dwell on introducing modified and new exterior stylings, its appearance is still as conventional and sophisticated as it is understated – qualities that may be very endearing to purists out there. And although the car's place of origin is in China, the vehicle can still slot conveniently right in the company's all-German portfolio.

Right up front, the Volkswagen Santana evokes no-nonsense visuals, all highlighted by a bold chrome grille flanked by large headlights, a bearing with a sizeable VW emblem is also a highlight in this regard.

Down low, the Volkswagen Santana boasts relatively masculine foglight housings. On its side, there is also a slew of near surfaces and nuanced character lines, all adding to the car's overall unpretentious bearings.

The Volkswagen Santana's wheel design is also a standout. Its wheels are probably the cleanest, if not the most definitive-looking in the competition.

If there is something that could be improved on in terms of its exterior offerings, we think all can agree that its side-view mirrors, while positively complementing to the Santana's general push for the unostentatious exterior, only provide a minimal view for its users. 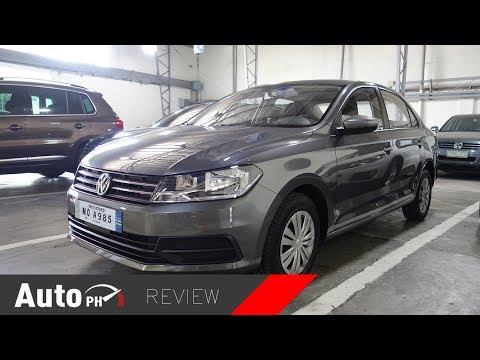 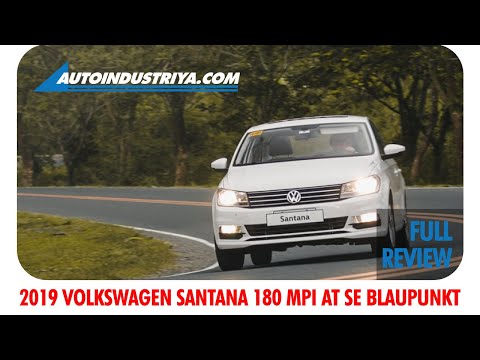