It has been a year since Toyota first revealed the new model Yaris Cross. Now finally, the Toyota Yaris is making its way to the Asian market with the two variants – 1.3 E CVT and 1.5 S CVT.

The Toyota Yaris is the Japanese giant's bet to dominate the value segment. The first time the Toyota Yaris was launched in 1999. That first version had three different bodies; Sedan, Hatchback, and Coupe.

The Toyota Yaris is one of the best-selling urban cars in the Philippines. From the first generation, it has earned a reputation for being a solid and reliable model. Thanks to this, its depreciation is one of the best in the segment.

In the middle of 2020, Toyota has presented this new generation, the 4th to hit the roads. For the new edition, the Toyota Yaris presents an entirely different appearance from the past. It comes with an essential change in elegance that focuses on an appearance more of the Asian choice, one of Toyota's most significant markets for the Japanese utility.

The Most Advanced Technologies of The House

When it is mentioned the Toyota Yaris as a brand-new car, it is from head to toe. That implies a new level. The TNGA (Toyota New Global Architecture) has designed this masterpiece that has the most advanced technology.

For this model, the Toyota changes its exterior dimensions - 3.98 meters long, 1.96 meters width, and 1.52 meters height. These are the very good levels for urban environments. To these dimensions, it must be added a wheelbase of 2.53 meters long, which converts into a cabin considered for a maximum of 5 occupants.

This fourth generation of Toyota's hybrid system uses a 4-cylinder gasoline engine with both variants. It develops 107 HP and a maximum of 140 torque Nm.

The Toyota Yaris is a global model. That is a car that is sold in several markets, with the same platform, mechanics, and configurations. However, like the Corolla (the global Toyota for Segment C, compact), the Toyota Yaris for Segment B has different designs in some regions. As will be seen later, in other countries it also has more security equipment and better finishes.

Although the platform is the same, the Toyota Yaris from the Philippines looks quite different from the other regions. And yes, the Old Continent model looks more modern and attractive than this one intended for so-called "emerging markets."

Its sharp design, with an exciting curvature of the roof, and some black appliques on the bodywork make a huge difference.

A Piece of Comfort and Luxury

The Toyota Yaris has a rational and comfortable layout.

The easy-to-read dashboard is positioned where it belongs: behind the wheel. The steering ring is lined in leather and has red stitching. Also, its multimedia screen is very complete. It is seven inches and comes with CD, MP3, SD Card, Bluetooth, and USB and Micro HDMI connections.

There are satin plastics, curves in the instrument panel, panels that simulate seams, and more elaborate air vents.

The upholstery is in fabric, with double red thread stitching. The seats are definitely comfortable. The seat padding is a bit firmer and the design supports the body better.

Under the trunk floor is the spare wheel: it is the same size as the other four and has an alloy rim.

If safety is the lowest point of the Toyota Yaris, the mechanics are one of the highest of this Toyota. And that is noticeable within minutes of handling it. The engine and cabin are very well soundproofed, so noise hardly seeps into the cabin.

The engine is very smooth but also very linear when pushing. The maximum speed is the same: 175 km / h. But with those extra wheels and the CVT, acceleration from 0-100km / h dropped from 11.5 seconds to 10.8 seconds.

The CVT system allows using the sequential mode. It offers the possibility of raising or lowering the gear to suit the driver. However, the electronic brain always has the last decision. If the maximum speed is reached (6,500 rpm), the system will go to the next gear, even if the driver has not requested it.

This no longer bothers so much en route. The Toyota Yaris offers fun to drive due to a firm suspension set-up, less body camber, and fewer incidences of side winds. Only the rear suspension (torsion axle) appears somewhat dry when the pavement is not perfect.

The Toyota Yaris came along with a restyling. In terms of safety, the new Toyota Yaris MY'21 adds passive safety equipment, incorporating five additional airbags in its XLS and XS models, both Sedan and Hatchback:

In this way, all versions of the Toyota Yaris will come equipped with seven airbags, providing their customers with greater passive safety.

Like all Toyota brand vehicles in the Philippines, the Toyota Yaris has a transferable warranty of 5 years or 150,000 km (whichever comes first). Customers also have the backing of the highly trained Toyota After-Sales Service that ensures permanent spare parts availability.

The continuously variable transmission is much better than what other brands offer. Here there is not so much sensation of skidding when accelerating fully. The speed and the engine regime climb evenly, without major tricks.

The CVT system allows using the sequential mode. It offers the possibility of raising or lowering the gear to suit the driver. However, the electronic brain always has the last decision. If the maximum speed is reached (6,500 rpm), the system will go to the next gear, even if the driver has not requested it.

Anyway, those gears or changes are not real. They are just pre-programmed points in the relationship of the continuous variation cones to simulate the existence of a conventional gearbox. Therefore, beyond the sequential mode is appreciated, it is best to always leave the system in automatic mode. And let the computer decide.

The Toyota Yaris is even more fun to drive than other cars due to a slightly firmer suspension set-up, less body camber, and less incidence of side winds. Only the rear suspension (torsion axle) appears somewhat dry when the pavement is not perfect.

The brakes are very good and respond without fatigue. The ABS works very well, without vibrations on the pedal.

The Toyota Yaris has the latest CVT with sequential mode and seven pre-programmed gears. It is the same as the Corolla. Traction is front.

Dynamics of the Toyota Yaris

It should be noted that this generation is built on a new modular platform called TNGA-B, which promises a high level of effectiveness and fun at the wheel thanks, among others, to a stiffer suspension, more direct steering, and torsional stiffness significantly higher than its predecessors.

The audio system's standard 7-inch touchscreen is ready to play rock or hip-hop in clear, powerful sound through six speakers. The system maximizes connectivity and control by coming equipped with Apple CarPlay and Android Auto as standard, as well as offering voice recognition and Bluetooth wireless technology for hands-free phone operation. The 7-inch touch screen can be controlled with your fingers or via the remote control button.

Satellite Radio comes standard with a three-month full access trial subscription (150+ channels including ad-free music). The USB ports and auxiliary input ensure connectivity of all types of devices, and the sports steering wheel integrates control buttons for audio and telephone.

The Toyota Yaris Hatchback has one more surprise: both the LE grade and the XLE grade come equipped with navigation hardware - the customer only needs to purchase the SD card in the accessory area of ​​their Toyota dealer to activate the navigation capabilities.

A Toned and Fit Athlete

The toned lines of the Toyota Yaris Hatchback cover a solid and athletic bone structure. The chassis is 65% ultra-malleable steel and is based on a continuous carcass that uses straight bars whenever possible for maximum strength. The high structural integrity allows adjustment of the front suspension noise and the torsion bar of the rear suspension for comfort and agility in handling that illustrates the "above-class" dynamics of this model. Simply put, the Yaris Hatchback is a bomb of enjoyment and the most comfortable car to get around on a day-to-day basis.

The Toyota Yaris Hatchback's tenacious handling is part of its engineering and is not limited to the wide tires and harsh suspension.

Pros and Cons of Toyota Yaris

Now is the time to talk about prices. The last generation Yaris was slightly more expensive than its competition because of hybrid technology. However, the gap for this fourth-generation has narrowed. The starting price of the Toyota Yaris is P973,000 for its 1.3 E CVT variant, without offers or promotions. On the other side of the scale, the Toyota Yaris 1.5 S CVT, whose starting price for the Philippines market is P 1,114,000.

Overall, the Toyota Yaris is better than Toyota's previous models. It is a city car, which can also be enjoyed on the road, where what stands out the most is an impeccable mechanical assembly. 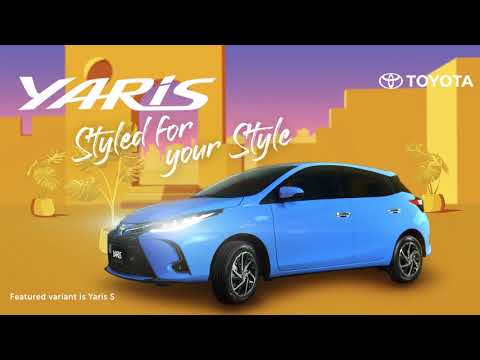 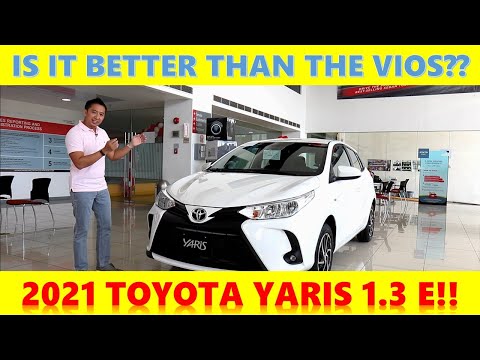