2020 Toyota Wigo Gets a Facelift

One of the most popular hatchbacks in the Philippines, the Toyota Wigo, is getting a nice refresh in terms of design and features.

The Toyota Wigo has just gotten a facelift, as seen during the recent launch of Toyota's well-loved hatchback's 2020 iteration in Indonesia, where it is referred to as the Toyota Agya. Due to the current COVID-19 pandemic crisis, the physical launch was canceled by PT Toyota-Astra Motor and was instead done virtually via streaming on Toyota Indonesia's YouTube channel. 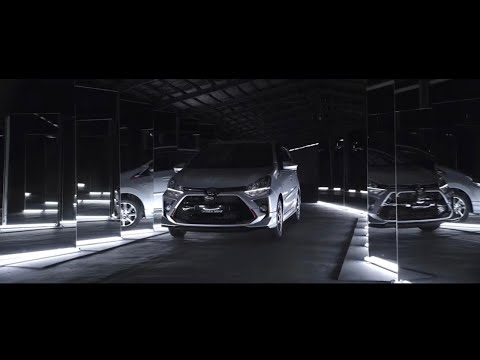 The Japanese automaker presented a sharper, sportier-looking 2020 Toyota Wigo with a few new touches to both the exterior and interior of the A-segment hatchback. This refreshed version, though selling first in Indonesia, is expected to reach the Philippine automotive market within the year.

The all-new Wigo comes in three variants in Indonesia: the standard 1.0L with manual and automatic transmission trims, the 1.2L variant also with AT and MT trims and the top-ranging 1.2L Toyota Racing Development (TRD) S variant, also with AT and MT versions. There's no word on whether all variants will be available locally upon release, but if the current Toyota Wigo model is to be used as the basis, then only the 1.0L option might be offered.

The most obvious changes to the hatchback's exterior are the new body kit model with nice accents at the bottom, just below the doors, and the TRD variant has a mean design of the front bumper and side skirt, which makes the car look meaner. The huge grille that sits menacingly at the front is flanked by mean-looking headlights and foglamps, with the license plate holder cutting across the middle of the grille. The 2020 Wigo also sports a new black rear roof spoiler for the top TRD variant. Other visible changes to the exterior are retractable side-view mirrors, fine-tuned taillights, a new dual-tone alloy wheel design or mags and a new clear rear-comb design for all variants. The retractable mirror comes with lights for the top variant.

In the cockpit, the Wigo gets equipped with a new touchscreen audio panel and a digital-type air-conditioning (AC) system that is reminiscent of the Toyota Rush but without climate control. The high-end variant gets a new engine start-stop button. The 1.2L variant and the top-grade TD variant gets furnished with a new seat cover as well as a new door trim design.

The 2020 Toyota Wigo that launched in Indonesia has two engine capacities: the 1L 3-cylinder engine that pumps a maximum 67hp of power and 89Nm of torque and the 1.2L 4-cylinder mill that produces a higher 88hp of maximum power and 107Nm of torque. All mills are mated to either a 5-speed manual or 4-speed automatic gearbox.

Lowest Price in the Philippines P568,000