Coming from Japanese automotive manufacturer Toyota Motor Corporation is the Toyota RAV4, a compact crossover Sport Utility Vehicle (SUV). First introduced in 1997 as the first compact crossover, the Toyota RAV4 paved the way for alternatives such as the Honda CR-V and Subaru Forester, among others. The RAV4 has since evolved into a sensible and practical SUV.

Toyota recently introduced the 2019 RAV4, which offers a good mix of crossover and traditional SUV qualities. It is more powerful and more fuel-efficient than the 2018 version.

Toyota offers two flavors for the 2019 RAV4: gasoline and hybrid, both of which use a 2.5-liter four-cylinder engine. The gasoline models generate 203 horsepower and 184 pound-feet of torque. The hybrid variants, on the other hand, produces 219 horsepower. Those who will opt for a gasoline iteration get to choose between a standard front-wheel drive or the optional all-wheel drive. Hybrid models are available in all-wheel drive only.

The Environmental Protection Agency (EPA) rates the 2019 RAV4 front-wheel drive at 26 miles per gallon (mpg) for the city, 34mpg for highway, and 29mpg combined. The hybrid models get 39mpg combined.

Over the years, the Toyota RAV4 has evolved to incorporate soft touches to provide a comfortable and luxurious riding experience. However, being an SUV, it maintains a sporty aspect and hence it adapts well when used in various outdoor conditions and terrain types. The car runs on terrain-treading 19-inch alloy wheels, which does not disappoint whether on paved streets or rough roads. One should note, however, that this vehicle does not have skid plates, so there's a limitation to what it can do off-road.

The RAV4 2019 sports a chiseled silhouette, a stronger nose, and sturdy-looking shoulders, making it look more athletic than luxurious when viewed from the outside. The car's exterior has little touches that improve its aerodynamic performance. Such include the aero stabilizing fins of the angular rear combination lamps, the larger rear spoiler, and even the shape of the door handles.

The new model also has the side mirrors moved lower on the door for enhanced forward visibility. Meanwhile, an enlarged and revised rear-quarter glass and shorter beltline provide improved visibility on the rear and on the sides.

Inside, the Toyota RAV4 has a sleek and spacious cabin and is designed to appeal to varying preferences and driving experiences. Depending on the variant chosen, the seats come covered in natural leather, sporty fabric, and fabric. The car offers ample space to comfortably seat five adults and still have enough storage space. When going for a long trip alone or with one passenger, the back-row seats may be folded to accommodate more cargo.

The car's cabin has improved ergonomics. In the front row, one will find an optional Qi wireless charger, side-by-side cup holders and an open tray.

It is equipped with Toyota's Entune 3.0 infotainment system, which includes a 7-inch touchscreen, a built-in WiFi hotspot, Apple CarPlay, Amazon Alexa, one USB port, and Google assistant compatibility as standard features. The display sits on top of the dashboard, which is not an ideal location, but it is convenient for the driver. The physical buttons for key functions such as temperature and audio are also useful. The touchscreen, which is also available in an 8-inch variant, is responsive and intuitive enough to use.

As optional extras, one may avail of a 7-inch digital instrument-cluster display, up to five USB ports, and an 11-speaker JBL audio system which boasts of new speaker design and tweaked tuning the process. One may also use the display as a rearview monitor that one may find useful when driving in reverse.

All 2019 RAV4 variants are equipped with Toyota Safety Sense 2.0 suite, which provides several drivers-assist features. Such include autonomous emergency braking, lane-keep assist, lane-trace assist, and pre-collision braking when it detects a cyclist and pedestrian. Using a camera, the 2019 model is also designed to read speed, stop, yield, and do not enter signs on the road via the Road Sign Assist, which alerts the driver if the signs not being followed. One may also avail of the optional 360-degree camera, reverse autonomous emergency braking, and blind spot monitoring.

Is the Toyota RAV4 worth your money? 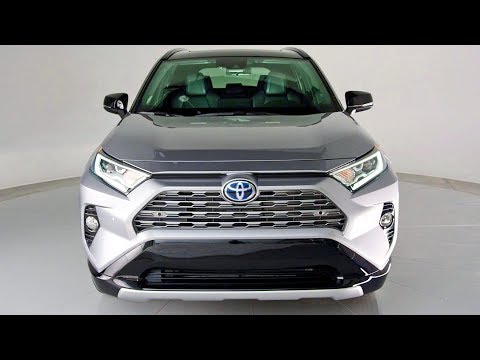 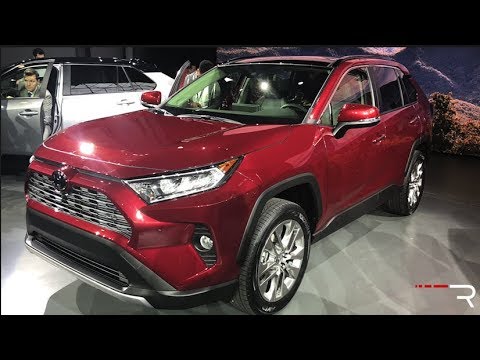