In 2013, Toyota Motor Philippines (TMP) brought the 4x4 Toyota FJ Cruiser to the country, and it immediately became a red-hot item in the four-wheel drive (4WD) segment. The hardy sport utility vehicle (SUV) was a tribute to the original FJ Land Cruiser models, and based on its heritage alone, it screams "original 4x4." It has maintained most of the style of its predecessors, with the original harshness softened a bit, but with a few modern touches. Boxy but a little rounded at the corners, this heavy-duty off-roader is built to take on any terrain without difficulty.

Unique in its design, and with seven colors to choose from—the most distinctive of which is yellow—the FJ Cruiser intimidates, and just perfect for the adventurer, the bold, and the confident. It comes in only one variant, the gasoline-fueled, automatic-transmission Toyota FJ Cruiser 4.0 V6. The latest model to be manufactured was the 2014 model, and there have not been any new iterations since then because Japanese carmaker Totoya ended production of the vehicle both in the US and in Japan. In spite of this, countries such as the Philippines and Australia are still releasing updated versions of the 2014 trim.

This proud off-roader cops a price of Php2,023,000 for the current version.

The Japan-manufactured FJ SUV runs on a 4.0-liter, 24-valve DOHC Dual VVTi V6, six-cylinder gasoline engine that fires a max power output of 268 horsepower and a peak torque of 380Nm, with 3,956cc displacement. Transmission is handled by a five-speed automatic gearbox with overdrive (OD). Fuel capacity of 72 liters and fuel consumption of 11.9 L/100 km allows for greater driving range.

Built on a truck-based, ladder-frame chassis, the tough off-road vehicle is designed especially for off-road trips. It comes with features such as Vehicle Stability Control (VSC), Active Traction Control (A-TRC), and five-speed CRAWL control to enable it to run comfortably over irregular and slippery paths. Intended to assist drivers in navigating tricky terrain, CRAWL is a feet-off control system that operates in low-range and replaces downhill-assist control.

The Cruiser has an overall dimension of 4,670mm x 1,905mm x 1,830mm and a wheelbase of 2,690mm. Although it looks bigger than most five-seater SUVs, the rear-seat area is too small for comfort. In contrast, the driver seat is high mounted and comfortable. It comes equipped with heavy-duty double wishbone suspension system with large-diameter shock absorbers, anti-roll bar, coil springs, and gas dampers to allow smooth maneuver on and off the road. Dual airbags, front seatbelt pretensioners, immobilizer, central locking, power door locks, electronic stability control, side-impact beams, anti-lock braking (ABS) system, and four-wheel disc brakes are among the vehicle's safety features.

Given its FJ40 and Land Cruiser DNA, the FJ Cruiser breathes power. Its V6 engine that churns out 200kW power and 380Nm torque make for a remarkable on- and off-road driving experience. A powerful engine that comes with equally powerful brakes allows for easy and smooth maneuverability. With a wading depth of around 700mm, a good ground clearance, and outstanding off-road capabilities, the bold cruiser can surely rough it out against equally rugged names in the realm of 4x4 off-roading.

Built-in tech such as A-TRC and CRAWL allow the Cruiser driver maximum control and handling of the vehicle in spite of risky and difficult driving situations. It can go up steep inclines better than most of its counterparts, go around the bends with little difficulty, and conquer the roughest roads.

Fuel economy is not among its best features, however, as this toughie slurps fuel as if it's always thirsty.

The FJ Cruiser is semi retro-looking, reminiscent of the original FJs' design, particularly with the mesh grille up front with the brand name Toyota spelled out, the circular headlights, vertical windshield, white roof that contrasts with its distinct body color, and the handy-dandy spare tire hanging on the back door. On the front windshield are three screen wipers and there are assist lamps on the sideview mirrors. The rear windshield can be popped open.

The quirky off roader has a short wheelbase, with 17-inches silver alloy tires; two main front doors; two suicide doors that cannot be opened unless the front doors are open; and a back door for the cargo compartment. A rear bumper step allows easy access to the roof. There are 2 sensors on the back bumper that support park assist.

The inside of the SUV is basic and sparse, but just rightly so because it is not meant to be a luxury car. It sticks to the utilitarian theme: simple but practical. The interior is black, splashed with body-color accents. The seat cushions are firm but comfortable, and there's good headroom and legroom for the driver and front passenger.

There's a bulky but useful trio on the dashboard: the compass, altimeter, and incline meter. The previous models had a basic stereo functionality, but the newer, updated trim now come equipped with Bluetooth and mp3-decoder media.

There are cubby boxes everywhere, which is very useful, especially those efficiently situated on the dashboard in front of the driver and the front-seat passenger. The second row can hold up to 3 passengers but due to the cramped space, it would be uncomfortable to sit there during a long ride. The third-row cargo compartment is made of water-resistant materials. 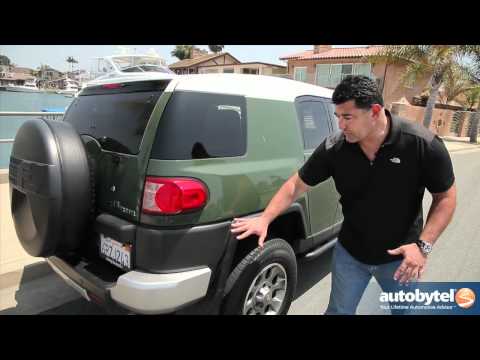 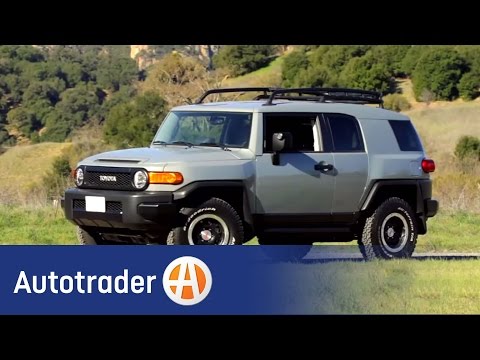