The Toyota Corolla Cross is a cross between a sedan and an SUV. Maybe that is why it has been given the name cross. It picks up its best-known sedan in the world; Corolla and transforms it into a compact SUV. It is an attempt by Toyota to capture the compact SUV or crossover market in the Philippines. It debuted in Thailand recently and now is up for grabs here. Toyota stands for quality, reliability, and solid resale value all over the world. In the Philippines too, Toyota enjoys robust sales and a loyal customer base. Let's see how customers respond to this latest offering. For now, we will discuss everything about the Corolla Cross below.

A sturdy machine that will take you places

Globally, SUVs and crossovers are dominating roads. It now takes 40% of the total market share. In the Philippines, it currently stands at 31% but rising with time. The Toyota Corolla Cross is 5-seater and locally available in two variants; a 1.8L, 4 cyl, EFI, DOHC, gasoline engine, and a hybrid one. The hybrid offers more features and is the top of the line model. Both models function on continuous variable transmission (CVT) system. Toyota has used its popular 2ZR-FE engine here. The 1.8 gasoline engine can churn out 138hp and 172 Nm of torque. While the hybrid version can produce 98hp on its own and 120hp with the help of the electric motor. The hybrid engine is capable of self-charging, thanks to the regenerative braking system. It of course also offers eco-friendliness due to fewer emissions, low fuel consumption, and almost no noise.

The hybrid variant also gives the option of three driving modes; eco, sport, and EV. You can choose the one according to your liking and/or the travel conditions. The crossover is packed with a slew of performance-enhancing and safety features. Some of them are multiple airbags, hill start assist, reverse camera, traction control, stability control, ABS with EBD, etc. The hybrid variant has both front and rear cameras while the lower variant has just the rear one. The higher variant is also installed with the Toyota Safety Sense (TSS) system. It is only the fifth model from Toyota that has TSS equipped in it. TSS is a comprehensive, layered safety system that does a lot of functions. It aims to reduce collisions, adjust speed automatically, assist in lane maintaining and changing, and auto-adjustment of the headlight to high or low beam as needed. It achieves this with the help of cameras, radars, and sensors fitted in it at various locations. Rain sensing wipers are also exclusive to the hybrid version. In suspension, the company has opted for a newly-developed torsion bar to replace the independent rear suspension system of the Corolla Altis, on whose platform the Toyota Corolla Cross is constructed. This will ensure a smoother ride and better road grip. It will also enhance the balance of the vehicle, it's handling, and its responsiveness. In short, the Toyota Corolla Cross does a decent job of presenting a lot of user-friendly options to maximize your driving pleasure.

The interior of the Toyota Corolla Cross has Corolla Altis written all over it. You will see a lot of similarities ranging from color to styling and features. The dominant color is a black and dark grey that adorns the door panels, dashboard, and the steering wheel. The instrument cluster has a beautiful backlit blue light to enhance visibility and it looks great too. The higher variant provides a driver's seat that is 8-way electronically adjustable.

Also available only in the higher hybrid version are; leather-clad seats, dual-zone climate control, and a retractable cargo cover. Features like smart entry, push-button start, speed-sensing door locks, automatic climate control, and automatic folding side-view mirrors are standard in both variants. There is a touchscreen infotainment system to manage all the settings. In the hybrid version, the screen is of 8 inches while in the lower variant it is smaller in size; 6.8 inches. The option of CarPlay or Android Auto is also available in the Hybrid version only. The usual Bluetooth, USB, and wireless connectivity are available. There are USB ports given inside the cabin. Toyota has designed the cabin in such a way to provide for maximum space inside it without compromising on the luggage space. In short, Toyota has made every effort to make the interior feature-laden, practical and functional. You will fall in love with its user-friendliness.

The Toyota Corolla Cross is quite a stunner. It has a bold and aggressive look. The first thing you notice is the big, black grille that dominates the front. It provides the definitive look of the Toyota Corolla Cross. The headlamps are sleek, slim, and stylish. They have been swept back a little and they are the second thing you notice about the front. There is a black lining that adorns the front bumper and continues on the wheel shoulders and then the side skirts. The rear has a similar bumper and has the same styling. The tail lamps are also thin and sleek and stretch to the C pillar of the vehicle. The Hybrid version gets the full LED headlamps as LED DRLs.

The lower variant has halogen projectors and bulb-type DRLs. The fenders are curvy and slightly protrude to give a muscular look. The vehicle is defined by sleek character lines that start at the front and meet at the end. The wheels are available either in 17 or 18 inches, depending on which variant you buy. There are choices of attractive colors to choose from. In the conclusion we can say that the Toyota Corolla Cross has design similarities with RAV4. It carries the same urban appeal couple combined with a sporty look.

We will now discuss some of the good and not so good aspects of the Toyota Corolla Cross. Let's begin with the good ones first; 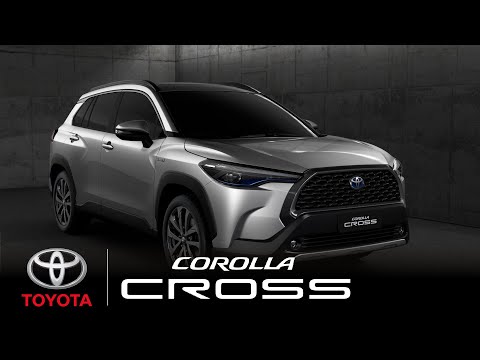 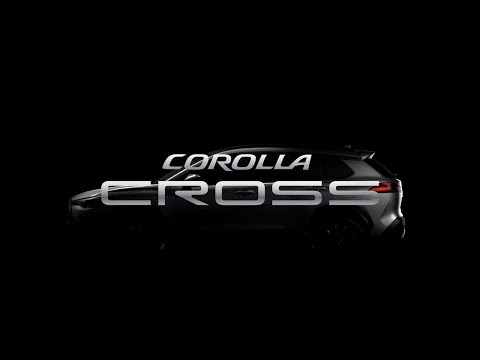