A new era has dawned for Toyota Motor Philippines as it finally announced a full-model change of its most enduring model – and a hybrid one at that. Without overstating it, the launch of the All-New Corolla Altis has marked yet another milestone in the TMP history. Apart from the hybrid variant, the model is also the first in its lineup to boast three of the Japanese automaker's latest technologies in a singular option.

The 2020 Corolla Altis was built using the Japanese brand's new platform, the TNGA platform (Toyota New Global Architecture platform), which consequently boosted the vehicle's over all performance and rigity. As a modern vehicle, the All-new Corolla Altis comes with the latest features both covering the driver and passengers safety and security. Toyota has garnished the All-new Corolla Altis by incorporationg an array of safety features on all variants. These include, 3-point Emergency Locking Retractor seatbelts for the driver, 7 SRS airbags, Vehicle Stability Control, Anti-Lock Brake System with Electronic Brake Force Distribution, and Hill Start Assist.

The standard variants of the All-New Corolla Altis are also fueled by a Dual VVT-I, 4-Cylinder In-Line DOHC, 16 Valve engine. With this in tow, users can only expect seamless acceleration, minimal noise, and improved fuel efficiency.

Powering the Corolla Hybrid is a 1.8-liter, 4-Cylinder engine and two electric motors that are all capable of producing 121 HP combined. Meanwhile, an electronic continuously variable transmission (CVT) comes as standard. You can find this very setup in the Toyota Prius as well.

The All-New Corolla Altis is noted for its excellent maneuverability around town, especially when one opts to drive in the Power drive mode. There is also an Eco drive mode, which increases fuel efficiency; an EV drive mode, on the other, can be used when one is looking for low-speed, electric-only driving.

Quite notably, the All-New Corolla Altis' acceleration is at its most leisurely when the car navigates at highway speeds. As per the EPA, the variant gets 53 mpg in the city, while a 52 mpg can be achieved when one is donning the highway. All considered, this Corolla hybrid only boasts one of the best if not the most impressive fuel economy in its class.

Now, on to its handling and braking, the All-New Corolla Altis exudes a comfortable ride overall. Still, a slew of competing for compact car entries in this segment is considered to be sportier than the hybrid. But unlike some of the already-established hybrids, the transitions that are generated between gas and electric power are ultimately smoother. Meanwhile, this hybrid variant's brakes are noted to be at its most natural, too – akin to virtually all traditional cars.

The All-New Corolla Altis doesn't come without some pitfalls. For instance, there are elements in its performance that could take some time getting to, including its pedal feel. Accordingly, there's too much travel one must experience in the accelerator before the power finally engages. The same can be almost said with the brake, which comes with a substantial feel in its, ultimately betraying its regenerative braking system.

The All-New Corolla Altis' front-wheel-drive is standard, while the all-wheel-drive option isn't available in the Corolla Hybrid.

The obvious highlight of the All-New Corolla Altis relative to its interior offerings can be found in its controls. The car is adorned with the brand's Entune 3.0 multimedia system, which features an 8-inch touchscreen, one that is also standard. This one sits slightly high on the dash for excellent visibility, all equipped with handy volume and tuning knobs, right alongside the shortcut buttons for convenient usability.

The Apple CarPlay integration is standard, and so is the Amazon Alexa. The same couldn't be said with Android Auto, however. Nevertheless, Toyota revealed that users can still display navigation on the dash screen through a Scout GPS Link app.

Another standard feature in the interior of the All-New Corolla Altis is its 7-inch configurable instrument screen. It slots among a few analog gauges and display speedometer, besides its battery charge status and other efficiency-oriented things, which include an Eco score that lets users know how efficient they are driving. If you have hopes for its backseat offerings, it's time to adjust your expectations right at this very second. Its cloth cushion, for one, is notably thin, and getting in this section would require some agility. With that, users might be needing assistance when installing child-safety seats.

Connecting the car seats inside the All-New Corolla Altis also requires some efforts painstakingly. While its lower Latch anchors are exposed for easy accessibility, its top tether anchors are placed behind fixed head restraints, which ultimately block access and prevent a forward-facing convertible car seat, right from sitting flatly against its seatback.

The Corolla Hybrid features the same legroom and trunk space that are found in the non-hybrid variant. The car's mounting of its hybrid battery also proves to be its most strategic placement yet as it doesn't only make it trunk roomy enough but also allows its backseat to fold in a 60/40 split, something some of its compatriots have to part with.

The All-New Corolla Altis features one of the most imposing faces in its class. This very look can be gleaned right off the bat on its sharp DRLs, bi-LED headlights, defined chisels, and its overall Camry-inspired styling. Meanwhile, this particular look is also reflected on the hybrid's rear with its taillight shape that is very much reminiscent of the RAV4.

The Corolla Hybrid also took some design cues from its predecessor, especially when one is viewing from its side profile. Still, the new car attempted to distance itself with its 17-inch alloys, which are all expertly albeit creatively-engineered. 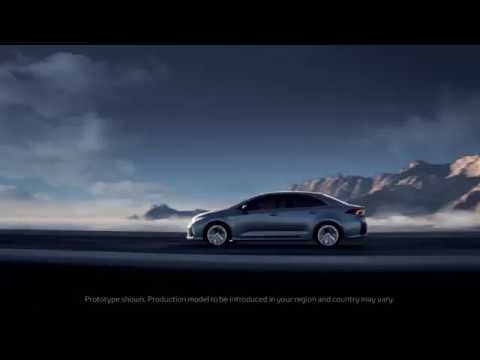 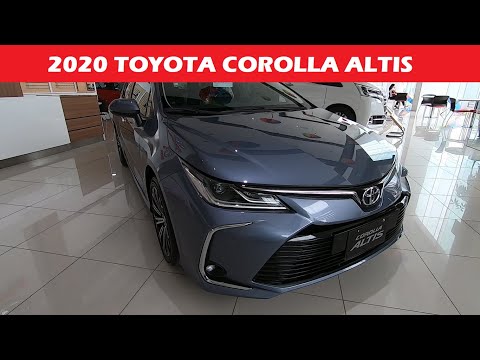