Is The New Generation Swift Up To The Task? PROS and CONS

The Suzuki Swift is a very famous vehicle ever since it was launched in the Philippines. This Japanese hatchback has won many hearts over its existence and kept things refreshed by basically providing the right updates and facelifts now and then. The 2019 Suzuki Swift is the best-looking one made compared to its siblings. It shows off a modern and handsome style and known to be the world's most loved vehicle. Also known as one of Suzuki's best-selling cars, selling up to five million units worldwide in 2016. In the Philippines, Suzuki Philippines (SPH) launched the Swift back in 2011 without getting any major update up to this day. After seven years, it's about time to get an all-new model this year.

Everybody loved the Suzuki Swift when its second-generation model first arrived in the Philippines. The design and driving feel are like no other. It bested on the design and performance and was pretty much popular to both male and female drivers alike. Fast forward to today and now we have the fourth-generation Suzuki Swift in the Philippines. Thankfully, Suzuki has finally released this model in the country as the competition for the subcompact hatch segment in the Philippines has been getting fierce. Each car manufacturers have their own strong points in their offerings. Some offers a cheaper ride, while some offers an ample amount of latest tech and features. As to Suzuki, will their upgrade on the fourth-generation Suzuki Swift be enough to battle head on the competitions?

The Suzuki Swift is one tough contender in the small hatchback segment in the Philippines. Its design over the previous generation is still highly appreciated by many. The new Suzuki Swift now comes with a sportier vibe from its curvier look up to the hidden rear door handles that is similar to the Nissan JUKE and Honda BR-V. The car's design is aggressive enough to be mistaken for a sport type vehicle, but this doesn't mean that the car is actually not sporty. As a matter of fact, one of the best points of this small Japanese car is that it handles surprisingly well. Novice and veteran drivers alike will surely find the Suzuki Swift to be easy to drive. The driving experience with the Suzuki Swift easily gives it more leverage amongst its competition. The overall balance is very well established alongside the latest features and toys making the Suzuki Swift a very well packaged hatchback.

The Suzuki Swift kept the minimum turning radius as 4.8m. In terms of handling, the vehicle suspension is comprised of MacPherson struts and a coil spring at the front with a torsion beam and coil spring at the rear. It does not stiffly spring so as to upset the ride quality but is good enough to plaster a smile on your face. The steering too is precise and a bit heavy to the package. The Suzuki Swift is powered with a 1.2-litre K12M VVT-equipped petrol engine that is good for 84 PS of power and 113 Nm of torque. Suzuki increased the compression ratio of this engine to eke out better mileage, which still gives that refined unit. The fastest speed is at 164 kmph while the fuel efficiency achieved was 16 kmpl.

The manual transmission has a smooth shifting unit and coupled to the light clutch, is a joy to use. The previous generation Suzuki Swift was well taken by the consumers due to its dynamic performance. It comes with a great power-to-weight ratio resulting to a very fun driving experience when driven at such pace.

The Suzuki Swift is a practical car to use whether it is inside or outside of the city. Power performance on paper may not be much, but when you start driving the vehicle. You'll instantly notice that it is really a driver's car. Being smaller and lighter than its predecessor, the 2019 Suzuki Swift is punchy enough to give you the excitement of driving. There are no noticeable vibrations or noise even when you drive quicker, the car just feels lively and gives the driver confidence in pushing it to the limits as the car is very eager in following the driver's orders. With the said, being a lively and active vehicle to drive is just one of the car's offerings. In fact, the Suzuki Swift is very nimble and comfortable to drive as well. You'll probably spend more time cruising around town with the Suzuki Swift and it should do the job pretty well.

It comes in with requisite controls including those of the music system as well as the Bluetooth telephony system. The touchscreen system has a good resolution, which is compatible with Android Auto and Apple CarPlay. It also has a crisper SmartPlay infotainment system. The only down side to this is that the Suzuki Swift doesn't feature a rear backup camera. Not that you'll actually need since the car is practically small. But its an added feature that most of its competition offers as standard. There is a rear AC vent, a climate control, cruise control, push-button start, storage space for bottles on the door pads and more. Suzuki Swift is offered in three trims: Suzuki Swift GL, Suzuki Swift GL CVT, and Suzuki Swift GLX CVT. After deciding on what trim fits you, you can also choose the right color variant. It also comes in six colors these include the Pearl Pure White, Metallic Speedy Blue, Pearl Super Black, Pearl Ablaze Red, Metallic Mineral Gray and Metallic Star Silver. Suzuki Swift GLX CVT is the top end variant and it comes with all the bells and whistles one will expect from a car of this kind of category.

For the safety features of the Suzuki Swift, it has twin airbags, ABS with EBD, ISOFIX child seat locks, reverse sensor, it has energy absorbing bumpers, bonnet, and the height adjustable seat belts which are part of the standard fare.

Exterior: The Sporty and Practical Hatchback

One look at the fourth-generation Suzuki Swift and you'll quickly notice the huge upgrade in design made into it while still being able to maintain the Suzuki Swift characteristic we've seen through out these years. The biggest update outside can be found on the vehicles front-facia. The headlamps look more aggressive than its predecessor and while the large air intake at completes its all new sophisticated looks. From the side, you can still see the same Suzuki Swift body lines that started from the second-generation Suzuki Swift model. At the back, the Suzuki Swift sports a larger diameter LED headlamp. Every inch of detail you'll see on the Suzuki Swift's exterior feels like Suzuki has emphasize every part of the vehicle and made them bigger.

The Suzuki Swift GLX comes in LED headlights with daytime running lamps, a lither face with a wider grille, sculpted bumpers with fog lamps and a thin chrome strip. For the cars side profile, more or less subscribes to the same silhouette but a quick look at the rear door confirms that a lot has changed as well. Looking at its door handles, at the back, it is neatly tucked into the C-pillar while the alloy wheels look trendy enough. Once you are at the back, it obviously shows the LED lights as well as flatter profiled boot. The Suzuki Swift has grown in size too, it measures 3,840 mm in length, 1,735 mm in width and 1,495 mm in height. Suzuki engineers decided to increase the wheelbase, which is now at 2,450 mm. Treading in front and rear is now measured 1,520 mm and the minimum ground clearance is lower than the Dzire, which is 120 mm.

The New Suzuki Swift still has the grey theme that is adopted by the previous generation. It has the flat-bottomed steering wheel or D-shaped which is common on the newest car models now a days. The dashboard and center console have experienced a large upgrade over its predecessor. Its now offers a more modern feel. It has the new instrument cluster with well featured digital readouts. The instrumental cluster is comprised of 2 large analog type tachometer and speed meter while in between a digital multifunction display lies for displaying other useful information. The insides are put together with soft and hard plastics alike but doesn't necessarily feels cheap nor luxurious. The Suzuki Swift's interior sits is above average in fact considering these great upgrades.

The seats inside may seem to be thin but still sports enough side bolster to hold you on. The seat belts are height adjustable and so is the driver's seat.

The rear seat gives a comfortable place to be with decent enough headroom and legroom for smaller size adults. Although its competition might be able to offer more space in this regard. The premium and top end variant have a shoulder room and seating three abreast, which will be a slight issue on the vehicle. There are plenty of storage space inside for your small items; Glovebox, Console box tray, two front cup-holder, rear cup-holder, front-door pocket, rear-door pocket and passenger-seatback pocket.

Surprisingly, even though the 2019 Suzuki Swift is practically lighter than its predecessor, the overall size of the vehicle is actually much larger. Suzuki have successfully upgraded the Swift's luggage space without sacrificing the car's design. At the back, the boot space is increased and is now 242 liters which can be further increased if the 60:40 split rear seat is pushed down.

The third-generation had a bit of iffy quality but the new fourth generation Suzuki Swift is up to the mark now. 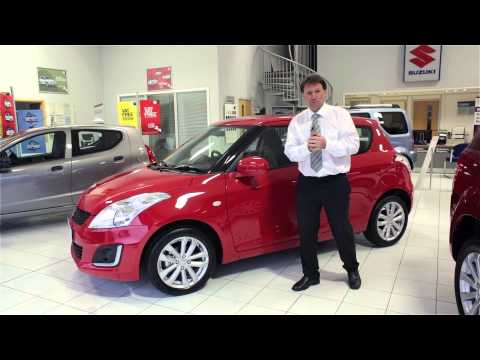 Review of the Suzuki Swift 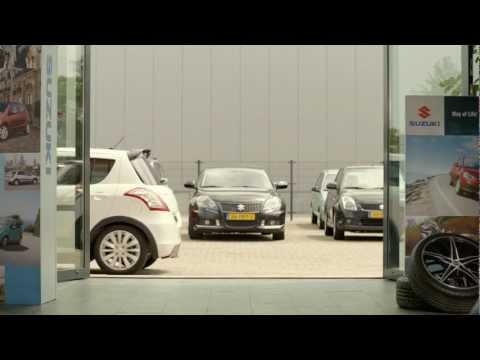