Suzuki Raider for sale in the Philippines May 2021 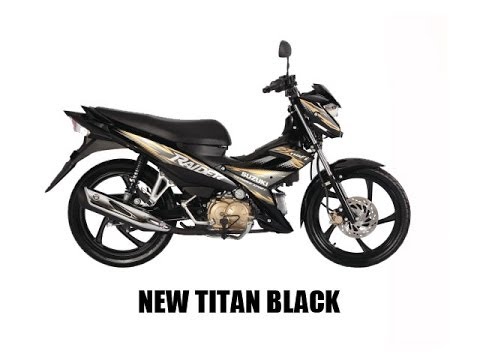 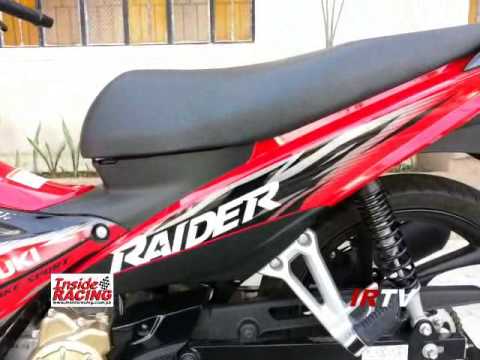 Is there a Raider for you?

Suzuki is the Philippines' "Underbone King"

Suzuki has been dominating the Philippine sports underbone market for more than 10 years now. Headlining its underbone product lineup in the country are its Raider series, which includes the popular models R150, R150 Fi, and J115 Fi. Other offerings from Suzuki in this specific segment include the Smash 115 and the Shooter 115 FI.

The first two from the list boasts of powerful hardware specs. One of the most popular carburetor-type underbone motorbikes in the Philippines today, the Raider R150 uses a 147.33cc oil-cooled, four-valve, DOHC engine that is paired with a six-speed constant mesh gearbox. At peak, it produces 15.4 horsepower at 9,500 revolutions per minute (rpm) and 9.1 pound-feet of torque.

The newer Raider R150 Fi improves upon the Raider R150. It uses the same engine specs but is liquid-cooled and comes equipped with fuel-injection system, which means it has better fuel economy and more powerful acceleration.

The Raider J115 Fi uses a less powerful 113cc air-cooled, 2-valve, SOHC engine. Mated to a four-speed constant mesh transmission system, it produces a maximum 6.9 horsepower at 9,000 rpm and 6.7 pound-feet of torque at 6,500rpm. Like the R150 Fi, it also benefits from the use of a fuel-injection system.

The Raider R150 carries a 4.9-liter fuel tank and has a fuel economy score of 30-35 kilometer per liter (km/L). Its fuel-injected twin, which has a smaller four-liter tank, delivers higher mileage at 40-45 km/L. The J115 Fi, on the other hand, gets an even smaller 3.7-liter tank but boasts of a 63 km/L fuel consumption, according to Suzuki.

All three models run 17-inch wheels, with a 70/90 tire on the front and 80/90 rubber at the rear. Both the carburetor and injected Raider 150 variants use the tubeless type, while the J115 Fi uses tube tires. Telescopic, coil spring, oil damped suspension is used on the front. On the rear, a swingarm type suspension is used.

Ground clearance of the bikes in the Raider series is on the low side, especially the Raider R150 which only has 140mm. The R150 Fi and the J115 Fi fare slightly better with 150mm and 145mm, respectively. This means that this might not be the best bike for off-road adventures. All models deliver efficient braking, though. The Raider R150 and R150 Fi use disc brakes on both front and back, while the J115 Fi uses a front disc brake and a rear drum brake.

In terms of size, the Raider R150 Fi is the bulkiest of the three, standing 1,960 long, 675mm wide, and 1,280mm tall. However, it looks very slim because of its inclined tail section. The Raider 150, on the other hand, comes out as the shortest and slimmest, with a height of 941mm and a width of 652mm. The J115 sits somewhere in the middle, although it has the shortest length at 1,910mm.

The fuel-injected models get a slightly higher seat at 765mm compared to the R150's 764mm. With the low seat height paired with low handlebars, the rider sustains a hunkered down posture. The rear seat is long and well-padded, although some might find the pillion seat as raised too high, especially in the Raider R150 Fi. The seat reveals a roomy compartment that can hold a few things.

Among the three, the Raider R150 Fi is the most visually appealing. It may be noted that prior to the R150 Fi, the Raider model has only been redesigned twice for the past 15 years. It still bears a strong resemblance to its carbureted sibling, but the R150 Fi carries a sporty stance and sharper body design. With a slim-looking body, it looks very agile on the road. It also gets a LED headlight and an all-digital instrument panel.

The F150 and F150 Fi comes with a keyhole shutter that can easily be closed with just a little push. To open it, however, one needs to use the back of the key. This safety feature can prove useful especially in theft-prone areas. Both models also offer engine cowls that protect the engine from the elements.

The Suzuki Raider R150 comes in four color variants: Black, Yellow, Red, and MotoGP Blue. It has an SRP of PhP96,900 for the premium colors and Matte Black Premium Edition and PhP97,900 for the combat series, which come in Combat Matte Black and Combat Matte Gray. The Raider R150i, on the other hand, is available in black, red, and blue paint options and sells for PhP109,900.

Meanwhile, the J115 Fi has a PhP64,900 SRP and comes in several trims: The Premium Edition (Spoke), the blue Moto GP, the Mags variants which may be bought in black, blue, and red; and the Spoke versions that come in yellow, black, red, and blue. There is also the Matte Black Premium Edition that carries a PhP70,900 price tag.