OPPO's upcoming mid-range smartphone is also shaping up to be its best camera-oriented handset in 2020, with 6 AI cameras in tow.

OPPO has officially alerted the media with the arrival of the Reno4 F, yet another entry off its now-expanding Reno4 series. The Chinese smartphone manufacturer's Indonesian arm revealed that the phone is now set to be announced on October 12.

Several teaser videos of the OPPO Reno4 F were also posted, revealing some key details about the phone. Accordingly, the handset will launch with a 7.48mm body, which is thinner than the current models off the Reno4 lineup. 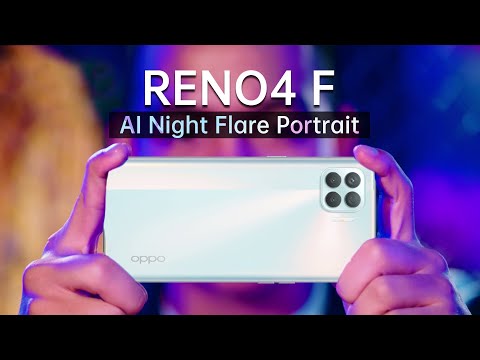 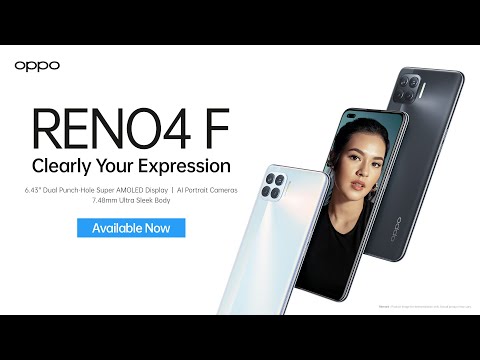 The phone is also slated to be equipped with a Super AMOLED panel, alongside a quadruple-camera setup on its rear. Another highlight in the promotional videos of the OPPO Reno4 F is its AI color portrait mode.

It's also been revealed that the phone would feature a 108-megapixel camera and an Ultra Night selfie mode, among other features.

Meanwhile, the phone's display can be seen sporting a dual punch-hole, which could very well house two, front-facing selfie snappers.

The OPPO Reno4 F was also recently listed on an e-commerce platform Shopee Mall. As per its listing, the phone is scheduled to retail in two color variants – Matte White and Matte Black. However, no pricing details were mentioned.

Nevertheless, the OPPO Reno4 F's internals were shared. The smartphone has been listed with a single RAM and storage configuration – 8GB/128GB.

Newcomer tipster Sudhanshu also shared a poster which revealed some of the phone's key features. These include its six cameras that are going to be backed by Artificial Intelligence (A.I.) and a 4,000mAh battery with support for 18W fast wired charging.

The OPPO Reno4 F is also tipped to arrive with a 6.43-inch display, a 3.5mm headphone jack, Bluetooth 5.0, a dedicated FM radio, an in-display fingerprint reader, and Corning Gorilla Glass 3. The phone should run on the latest ColorOS 7.2, based on Android 10.