HMD's latest Android One handset sports Qualcomm's 5G RF front-end module, which supports more bands than any other 5G modules on the market.

HMD Global has announced the Nokia 8.3 5G, its first 5G-powered smartphone. Positioned right under the "flagship killer" segment, the company's latest pure Android smartphone packs first-rate features, alongside a perk that could easily place it ahead of the pack of 5G-enabled handsets.

The Nokia 8.3 5G is built around a large 6.81-inch IPS LCD PureDisplay, with a resolution of 2,400 x 1,080 pixels. The phone features minimal bezels on top and the sides. Meanwhile, the Nokia logo can be seen on the bottom, which ultimately breaks the seemingly monotonous front fascia.

The back panel of the Nokia 8.3 5G boasts a modern circular camera module that houses the phone's quad-camera setup, with the familiar ZEISS branding on it.

The Nokia 8.3 5G also comes with a side-mounted fingerprint sensor, placed on the right side of the device. This security feature also doubles as its power button.

The Nokia 8.3 5G will only be available in a single Polar night color variant, which is inspired by the northern lights.

The Nokia 8.3 5G also packs Qualcomm's 5G RF front-end module, which indicates that the phone should be able to support more bands than any other 5G module in its class.

The Nokia 8.3 5G's RAM and storage offerings are also generous. Its base model settles with 6GB/8GB of RAM tiers and 64GB/128GB of internal storage options. The phone also works on a 4,500mAh battery with support for 18W fast charging.

A 64MP main sensor headlines the quad-cam setup on the rear panel of the Nokia 8.3 5G. Its primary camera is then flanked by a 2MP macro camera, a 2MP depth sensor, and a 12MP ultrawide lens.

On the other hand, the Nokia 8.3 5G's display cutout houses a large 24MP front-facing snapper. 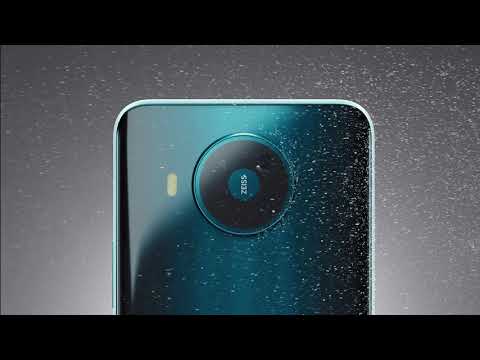 The details surrounding the release date of the Nokia 8.3 5G are a bit complicated. Although it is already confirmed to be launching in the U.K., we have yet to hear if it would become available in the U.S., Australia, or in the Philippines.