A slew of 2020 Nokia smartphones emerged most recently, with three of them being brand-new models and one being part of the original Nokia family. The Finnish mobile company HMD Global, which is the official home of Nokia phones, announced the new handsets in its current mobile phone lineup, one of which is the all-new budget-friendly Nokia 1.3.

As part of HMD Global's worldwide campaign "The Only Gadget You Will Ever Need", the Nokia 1.3 joins the mid-range Nokia 5.3, the premium range Nokia 8.3 5G and the reimagined version of the original Nokia 5310 in the expanded portfolio of the company, which also launched a brand-new, easy-to-access roaming service.

Although sporting the same RAM as the Nokia 1 that was released in 2018, the Nokia 1.3 boasts better and updated features than the former. Here's what's known about this highly affordable smartphone so far.

The all-new Nokia smartphone comes with a single rear 8MP camera with an autofocus feature. It comes with an LED flash and a high-dynamic range (HDR) mode. It can shoot videos with a decent resolution of 720p at 30fps. A single front 5MP camera takes care of selfies. It is also capable of shooting 720p at 30fps video clips.

The Nokia 1.3 is one of the first few smartphones to feature Google's Camera Go application, which comes with its Android 10 (Go edition). This optimized Google camera app allows for the best image and photo results. Night shots are made better too via a low-light AI image-fusion technology. Photos are stored in an optimized Gallery Go app.

The Nokia 1.3 sports a Qualcomm Snapdragon 215 chipset, which was designed for budget phones. This SoC features a 64-bit, 28nm process, quad-core CPU with a clock speed of up to 1.3GHz, and an Adreno 308 graphics processor.

1GB of RAM and 16GB of internal storage make up its system and internal memories. File hoarders should not be disappointed, however, as the onboard storage is expandable to up to a gigantic 400GB via microSDXC card support.

A removable Li-Po battery powers up the Nokia 1.3 with a decent life of 3,000mAh.

It is available in three colorways: Sand, Cyan and Charcoal.

Out of the box, the handset runs Android 10 (Go edition), upgradable to Android 11 Go as soon as it becomes available.

It comes with a slot or slots either for a single Nano SIM or dual Nano SIM on dual standby that supports GSM, HSPA and LTE bandwidths. 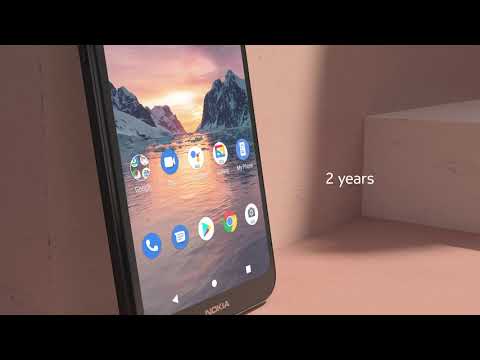