Perfect For Every Great Travel

The Nissan Urvan with its elegant design and convenience-focused features, it makes for a smooth ride. It may not be as desirable as other premium sedans or SUVs from the Japanese manufacturer, but when it comes to historical significance, this minivan holds a high rank in Nissan's books. The Nissan Urvan is one of the most important models for the company, it is one of the highest selling minivans across the world and is commonly known as Nissan Caravan in many markets.

Taking It To The Next Level

Nissan carried out little contemplations while designing the interiors of the Nissan Urvan. The overall layout of the cabin and dashboard is very basic, everything in the cabin feels as if it is at the right place, making the overall interior quite spot on in terms of ergonomics. The Nissan Urvan has the three-spoke steering wheel with a large center boss which feels plain and basic and the instrument console behind it, though it does get a very informative MID screen.

For the AC vents, Nissan Urvan has a round theme, which makes no effort in sprucing up the cabin design. For the overall dashboard design, a simple with a wide center panel consisting of an archaic looking 2-DIN music system with Bluetooth connectivity. It has also the positioning of AC controls besides the dashboard-mounted gear lever looks quite awkward, however, it does help in maximizing space inside the cabin. The Nissan Urvan comes equipped with some other basic functions such as independent AC vents for all passengers, power windows, keyless entry, a host of cup and bottle holders in all the five rows.

When it comes to the space capacity, the Nissan Urvan has got a lot of it for all the five rows with equal capacity and comfort. For all minivans design and form are given the least priority, and the Nissan Urvan is no exception to that rule. The Nissan Urvan has that boxy and long profile, with almost a no-frill design which is unexciting but functional. At the front, it still got the Nissan's new family chrome grille shaped in elongated V-profile.

It has that thick chrome bar at the top of the grille adds in some character to the otherwise bland face of the minivan. It also has that trapezoidal large headlamp which looks quite basic in design, however, the protruding front bumper with large vertical housing for fog lamps add some visual appeal to the frontal stance.

From the sides, it has that typical van-like profile with a long wheelbase, small wheels, and sliding doors. The Nissan Urvan's overall ingress and egress is quite easy, for it has a lower floorboard. The Nissan Urvan comes with sliding windows handy closure which allows further comfort of the passengers inside. At the rear, the boxy stance is in its full glory, with the rear door having a bland design with no characteristic element to make it look plain and boring.

It comes with thick chrome garnish above the license plate place. Given its boxy stance and small wheels, don't expect the Nissan Urvan to provide you with a spirited driving experience. The long height of the Nissan Urvan restricts its high-speed manners, which gets slightly curbed due to the presence of substantial body roll. However, the front torsion bar with stabilizer and rear rigid axle with leaf springs are tuned on the softer side, so that all the passengers do feel tirelessness even while long-distance touring. Given its utilitarian approach, it is equipped with a simple but torquey 2.5-litre four-cylinder diesel engine under its hood. It also has the VGT turbocharged diesel engine which is good enough to produce a maximum power output of 129 PS along with a torque output of 356 Nm. The engine of the Nissan Urvan does come with the options of either a 5-speed manual or a 5-speed automatic transmission, with the latter reserved only for the top-spec Premium variant.

For the vehicle size, the diesel engine has been tuned in such a way that it extracts maximum performance in the mid-range and higher rev range. The Nissan Urvan has a target audience in the form of fleet operators, and for that, it has compromised on a lot of matters to keep it as cost-effective as possible. When it comes with its safety features, it is equipped with only front dual airbags and individual seat belts for all passengers in the name of safety.

The Nissan NV350 Urvan feels a lot more basic and undesirable in some respects. With its exterior boxy design and no-frills interiors, the Nissan Urvan feels very simple and straightforward towards its purpose of carrying passengers. The good thing about having this vehicle is that the space for all the five rows is at its best, while the overall ride quality is supple. The tallish profile does take a toll on its high-speed manners then, minivans generally are designed only to ferry passengers in comfort and nothing else. 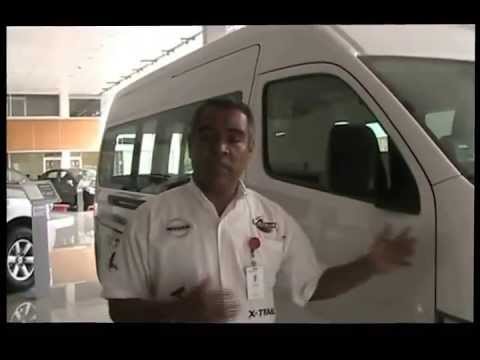 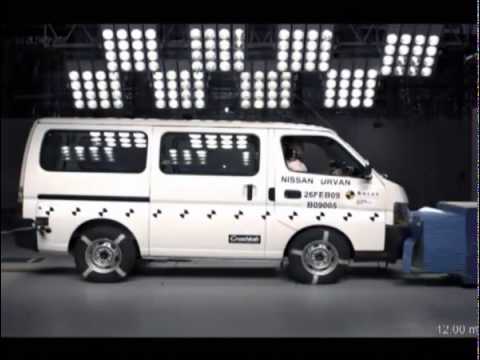