MyPhone is teasing their new myX12 smartphone, saying that it's "Beyond Extraordinary" and that "Excitement Awaits" future consumers who plan on buying this new smartphone. For more details about this new device, read more below.

The local smartphone brand MyPhone recently unveiled their newest offering, the myX12. The company is hyping this new device as their best offering for this year.

The teaser photos show that the myX12 features a back panel made of glossy plastic with a gradient finish in a blue-green colorway. Emblazoned on the rear panel is a map of the Philippines, accompanied by the fingerprint reader and a dual-camera setup.

It's still unknown what chipset this new smartphone will sport, but it will come with 4GB of RAM and 64GB of internal storage. It should provide enough space for users to install their favorite apps and store media files without much worry. As of the moment, the expansion of the storage is via microSD card is still a question mark.

What is also known is that the myX12 is going to be a mid-range phone, so this is going to be a balance between an affordable price tag and decent enough specs that can run productivity tasks. The company says that the specs for the final release are going to be powerful enough to run multitasking apps smoothly. 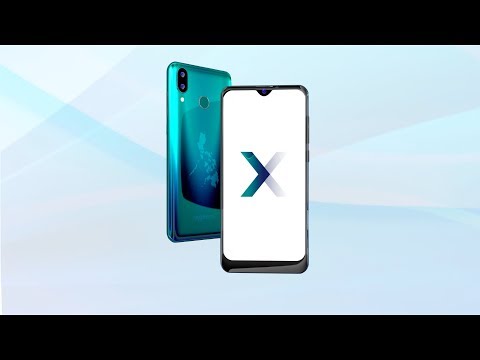 Other features are also not yet known, but since this is a mid-range smartphone, it's expected to have a decent amount of features that will make it competitive with other smartphones in its class.

The myX12 is scheduled to launch sometime this month and is going to be available in MyPhone kiosks and concept stores nationwide. The price will be accessible when the myX12 officially hits store shelves.

If you are in the market for a new mid-level smartphone and want updated bits on the myX12's specification, be sure to follow their social media accounts for the latest news and developments.

Lowest Price in the Philippines P5,499