The Mitsubishi Xpander is a seven-seater vehicle designed and manufactured in Indonesia by Mitsubishi Motors. It was initially launched on July 17, 2017 then unveiled in Jakarta on July 24, 2017. On August 10, 2017, the Mitsubishi Xpander was launched at the International Auto Show in South Tangerang while sales started later on October 3, 2017. The vehicle is also awarded as the best car of 2018 in Indonesia as well as having the most unit sold.

The Mitsubishi Xpander is a perfect choice for a family car in the Philippines with a moderately-powered engine, great air-conditioning system and abundant space for passengers and cargo.

Mitsubishi says that the Mitsubishi Xpander is not a replacement for the company's former 7-seater vehicle, the Mitsubishi Adventure, but clearly, it offers a lot more in terms of performance and cabin space. The Mitsubishi Xpander is capable of riding up to 7 passengers and is driven by a 1.5L gasoline engine mated with either a 5-speed manual or a 4-speed automatic transmission. The vehicle comes with ample amount of cargo space making baggage's, big or small, easy to fit, there's even a secondary pocket underneath the cargo area for extra space.

The Mitsubishi Xpander comes with a modern design look far different from the competition. It is very spacious and can easily accommodate a family of 7. The vehicle produces ample amount of power good enough for city or long travels. There is good amount of small and large storage compartments inside and it also comes with a 12V power outlet placed in all three rows. The Mitsubishi Xpander doesn't need a physical key as everything is all automated, from locking/unlocking the door(s) up to starting up the engine.

The vehicle also features remote buttons on the steering wheel, cruise control, multi-info display, navigation and back-up camera. Since the Mitsubishi Xpander is built on a car platform rather than what most MPV on its class uses, the vehicle is very light and easy to drive. The Mitsubishi Xpander comes with driver and passenger airbags for safety. Other safety feature includes; ABS, EBD, Stability Control and Hill Start Assist. The cargo area of the Mitsubishi Xpander can offer a flat surface with both the second and third-row seats folded down.

The Mitsubishi Xpander is powered by a 1.5L DOHC with MIVEC gasoline engine producing 105 horsepower and 141Nm of torque. The vehicle is a 2WD vehicle which comes in either a 5-speed manual or 4-speed automatic transmission. The hood of the Mitsubishi Xpander is noticeably short, this though, resulting to the availability of more space for inside the vehicle.

Driving the Mitsubishi Xpander is said to be similar with a driving a sedan, only with a high seating position which is all thanks to the vehicle platform used on the Xpander. The vehicle drives smoothly, response is good, steering is nimble, though power output is nothing out of the extra ordinary.

City driving is easy with the Mitsubishi Xpander, visibility is good thanks to its great driving position, large wind windshield and side mirrors. In addition, thanks to the availability of a backup camera, driving or parking in reverse should also be a breeze.

Although power may not be one of its strong points, the Mitsubishi Xpander is powerful enough to kick in those extra horses when needed. Since there is no diesel variant available on its initial release, expect to rev the vehicle at higher RPM's to pull out more power. Even though. The vehicle comes with an old 4-speed automatic setup, the gear shifts are smooth and there is no noticeable drawback felt during the process.

The Mitsubishi Xpander comes with keyless push start button and getting in and out of the vehicle is keyless as well. Since it is not an SUV, ground clearance is not one of its strong points as well. But it should be more than enough for your daily driving inside or outside the city.

The Mitsubishi Xpander's exterior shows an adventurous and futuristic design. You can see the collaboration done with a well thought out history of Mitsubishi's design added with a good modern styling. The DYNAMIC SHIED design concept looks very luxurious running from the front to the back of the vehicle. The Mitsubishi Xpander comes with Mitsubishi's newest global design language, the DYNAMIC SHIELD design. Interestingly, the headlights are positioned on the bumper which can be mistaken for a fog lamps at first glance. In the position where we usually see the headlights are actually a daylight running LED light giving it a modern design look. Its very similar with what Nissan did with the Nissan JUKE, but with a better execution overall. With a short hood and large windshield upfront, expect a great field of vision and wide cabin space inside.

At the back, the Mitsubishi Xpander comes with a spoiler and a stylish L shaped combination tail lamp. There is also front, side and rear skirt placed all around the vehicle.

The side profile of the vehicle has beautiful line where the door handles are beautifully aligned as well. Looking from the front or from the side, the Mitsubishi Xpander strongly resembles the Mitsubishi Montero Sport's design giving it a striking look even for a family vehicle. The Mitsubishi Xpander comes with a 205mm ground clearance which may not be much but is definitely enough for the driving inside and outside of the city. The vehicle sports a keyless entry which should make getting in and out of the vehicle a breeze.

The Mitsubishi Xpander is a comfortable MPV to ride for both the passenger and the driver. Getting in and out of the vehicle is also easy thank to its smart key fob. At the front, the driving position is great, the space is wide and the knee can be rested against the center console. Driving in either manual or automatic transmission shouldn't be an issue since everything is placed in good reach. The instrumental cluster features a digital multi info display placed between the analog speedometer and tachometer inside the instrument cluster. The relatively high dashboard is no issue since seat height can be adjusted with ease. The shift knob is even wrapped in leather which we don't see much in other models nowadays. The steering wheel comes with various controls like audio remote and cruise control.

Inside you'll be greeted with most black hues with a few silver accents across the interior, majority of which is made of hard plastic. There's an abundant amount of bottle holder and storage spaces on the front and back. Even up front, the space is great, sadly though, there is no available arm rest on all grades as well an automatic climate control. The infotainment system is relatively large and looks like a tablet device. It comes with Bluetooth connection, GPS navigation and backup camera display. You can even link your smartphone for screen mirroring display, and add your favorite applications.

The Xpander has a maximum of seven seats, a design built to make sure its passengers are able to enter and exit the vehicle with ease. Head and leg room is fairly good even for large size adults. Bottle holders is also available on both doors as well as an access for a power outlet. There's a secondary aircon vent for the 2nd row as well, but this aircon is not synced with the controls from the driver side meaning that the switch for turning it on/off is located at the 2nd row as well.

The third-row seat also comes with bottle holders and a power outlet, though it is advisable to save the seat for smaller passengers. The second-row seats can be bent down, providing easier access to the third row. The middle seats in the second and third row likewise double as folded down armrests, offering comfort in long rides. The cargo space at the back is positioned low so that putting baggage's in and out is easy. There is also a secondary compartment underneath for small packages. With the third-row seats up, the cargo space should be sufficient enough to handle a week's worth of groceries but with the third-row seats folded down you'll get a fully usable space for larger objects. In addition, both rows can be fully folded down for maximum cargo loading which is definitely an advantage against its competition. 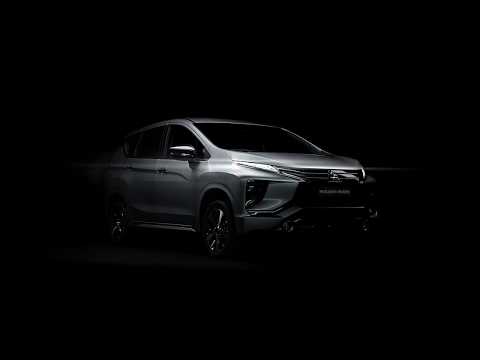