The Mitsubishi Montero Sport has been around in the Philippines since 1996. And from its local debut up to this day, the vehicle has been gaining significant traction right in the local mid-size SUV market.

Known in other markets as the Pajero Sport or the Shogun Sport, the Mitsubishi Montero Sport has faithfully followed the development cycle of the Mitsubishi Strada, in which it is based on. Since its recent generation models, the SUV has been closely associated with the likes of the Nissan Terra, alongside the Toyota Fortuner, the Chevrolet Colorado, and the Isuzu Mu-X.

And while the 2020 Montero Sport is yet to be released in the local market next year, the SUV has already made its way in Thailand. As it is, what you are about to digest are specifications that are primarily based on its Thai counterpart. Note though that most vehicles released in Thailand are more or less similar to cars that arrive here locally.

Under the proverbial hood, the 2020 Montero Sport is still propelled by the same 2.4-litre turbo-diesel 4N15 MIVEC Inline-4 engine. It is capable of producing up to 178 HP and 430 Nm of torque. It is then mated to an 8-speed automatic with an available sports mode which is more than certain to get included in its release in the Philippines as well. At launch, only the 2WD models are to be expected, with the 4W likely to follow suit in 2020.

In terms of the 4WD system, the brand's Super Select is also expected to return, right alongside the system's impressive off-road selector. Meanwhile, the rear differential lock is likewise tipped to make a comeback.

When it comes to the 2020 Montero Sport's overall driving experience and handling, we are to expect nothing more significant than the ones we've already begun to experience from the previous models. And that shouldn't be as alarming as it sounds as the series has always been applauded in this section. As such, the upcoming variant should come with the same rack, pinion steering gears, power steering system, and double-wishbone, all equipped with coil springs and stabilizer bar from the front suspension. The same can be said with its 3-link with coil spring and stabilizer bar for its rear.

Upcoming users of the 2020 Montero Sport should also experience a new wave of improvements right inside the SUV. At the top of the list is its improved driver-assist features. In the same vein, there is also the new rear cross-traffic alert (RCTA), a feature that warns the driver with either a visual or auditory signal when there are obstructions on the SUV's path. This should come in handy for drivers who reside and do their parking in the metro.

The 2020 Montero Sport is also expected to receive a slew of familiar safety features and gears such as ISOFIX, hill-descent control, a reversing camera, hill-start control, and ABS with EBD, among others.

From the get-go, you'd think that the 2020 Montero Sport doesn't offer anything a tad distinctive from the lineup's previous generations. Right when you get to it closely, the refresh now features a gauge cluster that is exceedingly more sophisticated-looking. There is also the highly technological full-digital display which should come with a slew of modern features.

A multitude of welcoming features are to be expected in the 2020 Montero Sport. These include the new 8-inch touchscreen infotainment system, besides the power outlet placed at the rear console and HVAC control – both of which are now new. Also tipped to be available in the forthcoming refresh are the start-stop button, the keyless entry, and the electronic parking brake feature.

Meanwhile, the vehicle is also speculated to receive the new power tailgate, a feature which can be controlled remotely through the Mitsubishi Remote Control app. The feature is also said to be capable of sending notifications when the doors are locked or unlocked, plus the other data to the driver's smartphone whenever the vehicle's Bluetooth is adjacent to the device. There's also talk of inclusion of an electronic tail-gate, which should be useful for consumers of varying age and capabilities.

In terms of the 2020 Montero Sport's rear passenger seats' offerings, speculations are rife that the upcoming SUV will be featuring electronically-adjustable front passenger and driver's seats. The same amount of legroom is also said to be re-introduced in the refresh.

Mitsubishi is said to be on all fours on adding some finishing touches on the 2020 Montero Sport. And with its debut in Thailand, this is quite evident with its edgier and hyper-modern exterior offerings.

Right up front the 2020 Montero is the brand's "Dynamic Shield" familiar design which is now splashed across its most recent releases.

The 2020 Montero Sport boasts a front end that is made to safeguard not only the vehicle but also the pedestrians. This protective gear is realized without compromising the overall performance of the car. The refresh is also shown to feature new LED headlights, which appear to be straight-up taken from the ones on the Xpander.

A lot of chrome is also to be on the 2020 Montero Sport's exterior offerings, as evidenced by the front end and fog lamps. Meanwhile, the SUV's signal lights are now positioned differently – at a higher place at that, mostly carrying the vehicle's entire face.

From afar, the 2020 Montero Sport's redesigned front fascia exudes a look that is tougher than most of its compatriots in its class. Also tinged up in this version is the premium feel that comes from the aesthetics of its exterior. 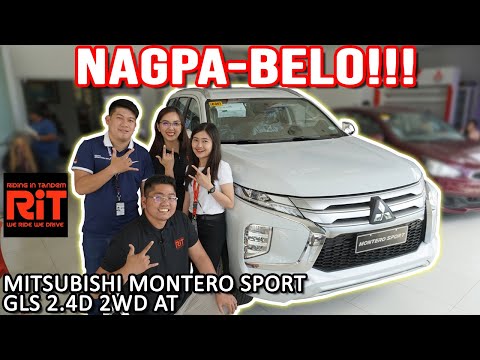