The WING smartphone via LG's Explorer Project is the company's new take on a device with two screens and a swiveling mechanism.

LG has finally taken the wraps off the WING smartphone, weeks after the game-changing handset was teased in the wild.

Through LG's Explorer Project, which aims to introduce new philosophy in smartphone design, the LG WING is touted as the "beginning" of this era.

But by the looks of it, the LG WING is a lot more.

About the LG WING

Alongside the Explorer Project, LG has also partnered with chipmaker Qualcomm, search engine Naver, and streaming platforms Tubi and Ficto, when the LG WING design was developed.

While the LG WING looks like a smartphone bearing a larger-than-life display, the device takes a new turn once its main screen pops horizontally.

The second display, built around a 3.9-inch G-OLED panel and a resolution of 1,080 x 1,240 pixels, is meant for users who want to multi-task while on the go.

The secondary display also doesn't receive any interference when the phone gets notifications. Meanwhile, users can edit videos directly after an image is shot on the second screen; the use of GPS navigation while managing notifications on the smaller screen can also be done.

The LG WING's swivel design features a dual-lock mechanism and a hydraulic damper, which absorbs shock. As per LG, the device can withstand 200,000 swivels.

The LG WING is offered in 2 color variants: Aurora Gray and Illusion Sky.

The LG WING is powered by Qualcomm's Snapdragon 765G chip, coupled with 8GB of RAM and 128GB/256GB of expandable UFS storage via shared SIM tray.

The phone is also listed with a 4,000mAh battery, with support for fast wired and wireless charging.

On its rear, the LG WING has triple cameras. These are front-lined by a 64MP wide lens and accompanied by a 13MP and 12MP ultrawide (for swivel mode) sensors. A motorized pop-up camera also houses a 32MP selfie shooter.

There's also a gimbal mode with a virtual joystick features for the secondary screen.

Thanks to its design, users can take advantage of LG's Dual recording feature where users can record a video using both the front and rear camera at the same time.

OS and other features

Other key features of the LG WING include an in-display fingerprint reader, Bluetooth 5.1, NFC, and USB Type-C. The device also boasts a water-repellent coating and is MIL-STD-810G-compliant.

The phone runs on the latest Android 10. 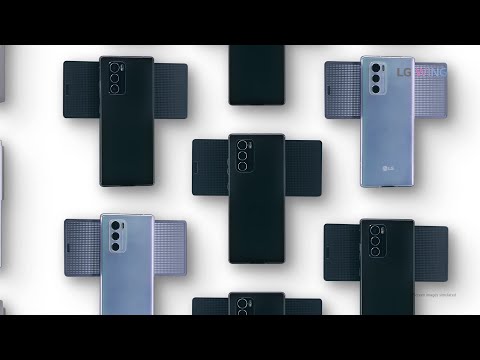 LG is yet to reveal the WING's official pricing and release date. The phone is expected to arrive in the US first through Verizon, followed by AT&T and T-Mobile.

There's no word yet if LG Philippines will be releasing the WING locally.