Kawasaki Ninja 400 for sale in the Philippines May 2021 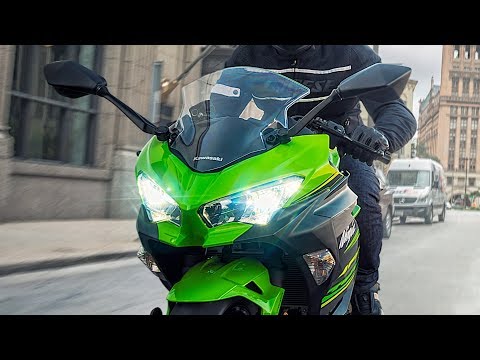 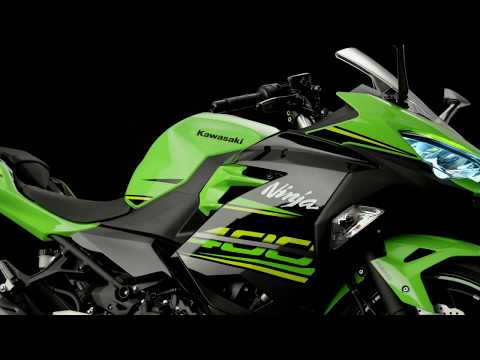 Kawasaki motorcycles are manufactured by Kawasaki Heavy Industries Motorcycle and Engine Company, a division of Kawasaki Heavy Industries Ltd, a Japanese multinational corporation that has been around for more than 120 years. The company has been producing motorcycles since 1954. Its other products include jet skis and a wide array of recreational and utility all-terrain vehicles (ATVs).

The Kawasaki Ninja series was launched at the 2017 Tokyo Motor Show, but it reached the Philippine market only in 2018. The Ninja 400, a sports motorbike that targets new and experienced riders alike, was one of the models that headlined the series' debut in the country. It counts the Ninja H2, Ninja 250R, ZX10R, and Ninja 650 as its predecessors.

The Ninja 400 sports a flashy and aggressive look. It is styled after the Ninja H2 and ZX10R, hence it is also covered in fairings. Dual headlights arranged in an angular way, front the bike. They are mounted on a bulky front fairing that hides the black-painted engine. A transparent, V-shaped windshield and recessed turn indicators also attach to the fairing for a sharp, neat look. Slim, hexagonal side mirrors protrude to the sides in a slanting line.

The angular theme seen in the bike's facade is carried over to the rest of the body, showcasing fly lines, with frames covering the sides as well.

As for the back view, one will find a LED taillight tucked up under an upright pointy tail, which also has a huge gap from the rear wheel, giving the bike a sporty stance. One nice touch is the luggage hooks that come with the tail. A bulky, black-painted exhaust with an aluminum tip on each side adds to the modern appeal of the bike's exterior.

Kawasaki appears to have paid attention to the model's ergonomics when it was being developed, making it a beginner-friendly bike. The handlebars are slightly raised to allow the rider to sit more vertically. They are also closer to the rider than in other sportbikes for a shorter reach and easier control. The Ninja 400 is outfitted with a narrow and well-padded seat that sinks below the massive fuel tank, which makes it easy for the rider to sustain a comfortable stance during long drives. Seat height is only at 785mm, and the aluminum footpegs are placed farther forward and down to provide a comfortable riding position to tall and short riders alike. Most people would think twice about asking for a hitch, though, as the pillion seat is rather too slim.

This model also has a radiator fan cover that reroutes hot air down, away from the rider. It also keeps the tank and the parts of the side frame that touch the rider's legs and knees cool to the touch.

As for its hardware specs, the Ninja 400 is powered by a 399cc liquid-cooled, parallel twin DOHC engine. It is mated to a six-speed transmission that comes with an assist clutch and a slipper clutch that helps in clutch handling and faster gear changes. This powerful fuel-injected mill generates a maximum 48.9 horsepower at 10,000 revolutions per minute (rpm) and 28 pound-feet of torque at 8,000 rpm. It carries a 14-liter tank and boasts of 70 miles per gallon (mpg) fuel economy.

It runs on 17-inch alloy wheels wrapped in 100/70 tire up front and 150/70 at the rear. A bottom-link Uni-Trak, swingarm adjustable preload suspension at the rear paired with the telescopic fork set up at the front keeps the motorbike aloft. The suspension setup is slightly stiff but compliant, which makes it perform well on race tracks as well as on rough road surfaces.

This model uses a 310mm semi-floating single disc brake system on the front and a 220mm single disc at the rear, which many riders will find sufficient. All Ninja 400 motorcycles come outfitted with dual channel Anti-lock Braking System (ABS). A highly coveted feature in a motorbike, Yamaha used to offer ABS exclusively to the Ninja 650 and the 1000cc models.

Measuring 1,990mm long, 710mm wide, and 1,120mm tall, the Ninja 400 stands high and slim. It is supported by the same lightweight trellis frame that Kawasaki used in the Ninja H2. This puts the curb weight at only 167 kg, which makes it 7.7 kg lighter than the Ninja 300. The Ninja 400 is nimble and easy to handle, making it a great choice for an urban sportbike.

The model's design, hardware, performance, and features make the Ninja 400 an excellent sports bike for riding enthusiasts of different skill levels, whether they are experienced bikers or beginners looking for an entry-point motorcycle that they can still use as they progress their skills.

Is the Ninja 400 worth the price tag?

Is 95k still negotiable.? Where is it located?

Is this still available?