The multinational South Korean company Hyundai Motor Company has been manufacturing motorized vehicles for the past 50 years. It is part of the Hyundai Motor Group, along with partly-owned subsidiary Kia Motors and 100 percent-owned luxury brand Genesis Motor. Today, Hyundai Motors has a global footprint spanning more than 200 countries.

Hyundai has a wide range of vehicles, one of which is the Veloster. This model has been in production since 2011, initially available in South Korea, followed by the Canada and the United States. The car's 2019 iteration, which was launched in 2018, ushers in its second generation.

Get VIP treatment inside the Hyundai Veloster

The Hyundai Veloster is one of the company's most recognizable model, having starred in the 2018 Marvel film "Ant-Man and the Wasp. " In Hyundai's ad for the action-packed superhero movie, a red Hyundai Veloster Turbo appears to be in a standoff with officers in a police car, with the former seemingly revving off its engine. A few seconds later, a pint-sized, Hot Wheels-inspired purple Veloster Turbo with flame graphics is then revealed as the source of all the noise. In the movie, the colorful Veloster Turbo engages in a wild car chase with the bad guys.

Hyundai's participation in the film is part of the organization's global marketing initiative to launch the all-new Veloster and to improve brand awareness among fans of the Marvel Cinematic Universe. It is not Hyundai's first collaboration with the franchise, as a Santa Fe and a Kona also appear in the first Ant-Man movie.

Minus the Hot Wheels prints of the Ant-Man Veloster, this model sports a head-turning design. With a front bumper dominated by a large cascading grill that holds the Hyundai logo. Two sleek LED headlights with LED daytime running lights give the car's fascia an aggressive look, while two fog lights grace the lower bumper.

The back view of the car is highlighted by a large, roof-level spoiler with a LED third brake light at the center and large LED tail lights. A pair of cylindrical diffusers that sticks out from under the bumper completes the imposing rear look of the Veloster.

The car's sporty demeanor extends to the cabin, which features a sunroof and leather-clad seats with 60/40 split fold-down rear seats. It is designed to accommodate four passengers, with the two rear seats separated by cupholders in the middle. This model offers plenty of room to the front seat passengers, but not as generous to those at the back, as the downward slope of the roof means there is less headroom for them. Nevertheless, the vehicle offers adequate cargo space.

The Veloster is a three-door coupe, with a single door entry to the rear seats, which others might find inconvenient. The driver gets a power-adjusted seat, a trip computer, wheel-mounted paddle shifters, and power side mirrors with electric folding function.

This model is outfitted with an infotainment system that includes an eight-inch floating touchscreen display, eight speakers, and an eight-inch subwoofer. Underneath the display are stout buttons and knobs for the car's audio and air-conditioning controls.

Under the hood, the all-new Veloster is powered by a 1.6-liter Gamma turbo-charged engine mated to a seven-speed dual clutch transmission. This powertrain produces a maximum of 201 horsepower and 195 pound-feet of peak torque. It uses gasoline direct injection (GDi) for the engine for improved fuel consumption. The 2019 iteration has a fuel economy score of 28 miles (mpg) in the city and 34 mpg on the highway.

As for other chassis, a Macpherson Strut on the front and a multi-link suspension on the rear ensures that the Veloster delivers a smooth ride even on uneven surfaces. The vehicle uses a disc-type braking system on both sides.

The Veloster may look like it was built for speed, but it surprisingly performs well on cruise control as well. It is an attractive option for those who are seeking for a car that may used in both adventure and leisure trips.

In the Philippines, the Veloster is available in Turbo trim, which carries a PhP1,798,000 price tag. Prospective buyers may choose among the following color options: Phantom Black, Sleek Silver, White Crystal, Veloster Red, and Dazzling Blue. 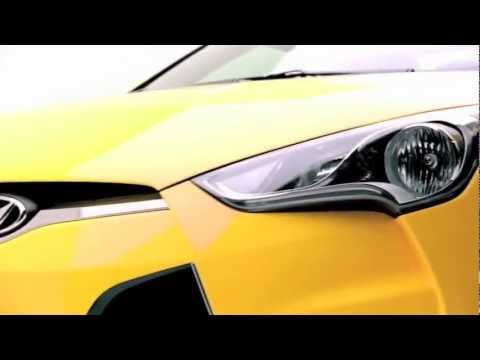 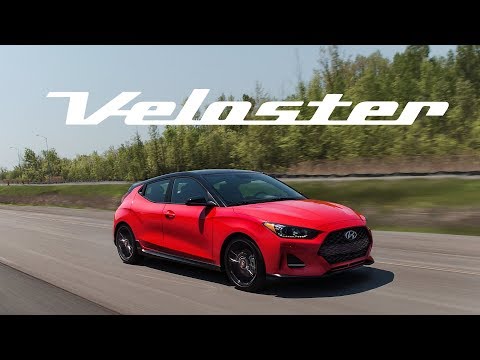