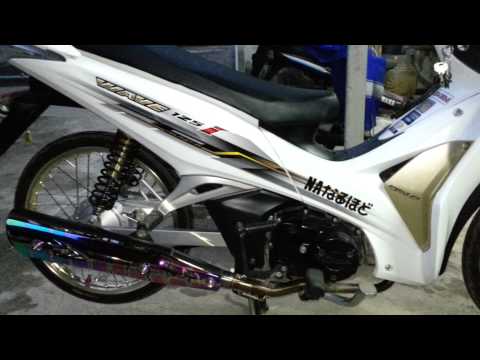 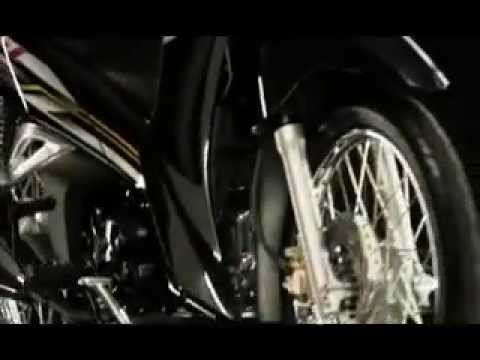 The Honda Wave 125 has been in the Philippines market for a long time and this one popular ride on the road. The Honda Cub legendary quality and performance continuous as Honda Philippines, Inc. (HPI) release the new Honda Wave 125 Alpha on May 14, 2014. This is a new generation cub which is built based on the Super Cub legacy of excellent durability, reliability and fuel efficiency known all over the world. The early generation of Honda Wave series motorcycle received a warm welcome in the Philippines as it became the most saleable cub with more than 1 million units sold. The newest generation Honda Wave 125 has undergone comprehensive reform.

It has shown a lot of improvements that have been achieved in this bike, covering type and quality of materials, manufacturing methods and adjustment of specifications to meet the local needs of the Filipino commuters. The new Honda Wave 125 will win loyal fans nationwide because it embodies Honda's principle of creating products of the highest quality yet at a very affordable price for Filipino customer's satisfaction.

Build For The Road

The Honda Wave 125 is a mixed hybrid of a scooter and an underbone. The new Honda Wave 125 series offers a large front apron that covers the entire front fascia of the bike. The Honda wave 125 will give a more aerodynamic profile while also protecting the rider from wind and road debris. When it comes with its handlebar, it is surrounded by another scooter inspired item, this is especially with its old school headlight assembly. It comes with shapely indicator lights on the front fairing that give it a very classy and refined look. It is big which makes it easy to see in any condition.

For its tail light, it also gets a similar striking treatment. It has that swanky cast wheel alloys on the large 17%quot; wheels and the rest of the bike is geared towards being more practical. Overall, it still looks like a well-designed and stylized product without going over the top in any way. The Honda Wave 125 has a high riding front fender which is a very good part of the vehicle. The dimensions of the Honda wave 125 is at 1889 mm long, 725 mm wide, and 1113 mm tall. When it comes to its wheelbase, it is equally compact at 1253 mm. It has a 157 mm of ground clearance which is more than enough.

The Honda Wave 125 has the seat height of 778 which is a bit on the taller side, which can also serve most people well enough. It also comes with a 2.50 - 1 7 3 8L tire in the front along with a 2.75 - 1 7 4 7P tire in the back keep it grounded. The Honda Wave 125 comes with four color options and flashy graphics, it makes its muscular appearance even more pronounced. The four-color variants are candy rose red, asteroid black metallic, candy energy orange, and pearl metalloid white. When it comes to its storage capacity, there is a small under seat storage area as is the case with underbones.

For the instrumentation, it is also conventional and analog but very easy to use and read. It has a long and muscular exhaust which comes with a heat shield that keeps heat away from the pillion riders' legs. It also offers a conventional twin fork setup in the front and twin shocks in the rear.

When it comes with the suspension of the Honda Wave 125, it gives extra comfort and easy to ride in all manner of traffic and road conditions both for the rider and passenger the bike performs very well. The seat is comfortable and even suitable for short rides. It is powered by a 4-stroke single cylinder air cooled and carbureted engine, which produces peak power output of 8.84 PS at 7000 rpm and peak torque of 10.07 Nm at 4000 rpm.

The Honda Wave 125 weighs in at just 100kg and with this much power, this is sufficient enough to keep the bike moving through whatever the rider may have in mind. Another good feature of the Honda Wave 125 is its very fuel-efficient engine and should allow its riders to save a lot on fuel costs. One disappointing thing is that it has a small fuel tank which is just 3.7 L in capacity.

The Honda Wave 125 has a disc brake with Nissin twin piston calipers. It only has regular drum brakes for its rear but the inclusion of a disc brake at this price point makes this a very appealing prospect. Overall, the Honda Wave 125 Alpha is a very comprehensively equipped bike. It's almost as if Honda engineers had a list of all the things that a Super Cub's successor should have and then they just made a bike with everything on it.

Even then it has things like a front disc brake and cast alloy wheels that were not necessary at all. And then it does not cost an arm and a leg to buy and own thanks to Honda's durability, service record, and fuel efficiency. The powerful and fuel-efficient engine of the new Honda Wave 125 has given an introductory of Php 55,000 only in the Philippines.

Elegantly designed with exquisite grace and refinement. It has a great travelling performance. Its super ...Read more

Is this still available?