The Honda Jazz is without a doubt one of the best choices for a city car. This hot hatch is the entry to the growing subcompact hatchback market in the Philippines, evoking an energetic and upbeat aura that represents today's lively and practical lifestyle. Honda managed to keep the design of this quirky little hatchback intact ever since it first made an appearance in 2001. Despite not being the successful model for the company in the Philippines, the Honda Jazz keeps a lot of motorists and car enthusiasts interested in everything that was offered. As it is, the Jazz is that one cool hatchback that has carved a place in the Philippines, through its high reliability, accessible cabin, and excellent-performing tranny.

In 2018, the Honda Jazz was already considered as one of the most popular car variants in the hatchback segment. In that same year, the series received a mid-season update, giving it its much-needed styling, both exceedingly modern and competitive. At the moment, the lineup is awaiting a performance enhancement, which is expected to be equipped in the next, few years.

The local arm of Honda in the country currently sells it in four different variants, which include the sportier RS edition. All of these variants are fueled by the 1.5-litre 4-cylinder which revs up 120 PS and 145 Nm of torque, akin with the Honda Civic.

The Honda Jazz, of course, doesn't come without competition in the segment. Now gaining momentum in the Philippine automotive market, the likes of Ford Fiesta and the Mazda 2 make its class all the more flexible albeit cutthroat.

Despite of the 2018 Honda Jazz not featuring any prominent modifications, most of its distinctive features can still be gleaned if one's eye is trained to spot these subtle changes. These minor but much-needed changes can be seen on its exterior right at the onset. These include the addition of the chrome door handles, which can be seen on the "V" and "VX" editions, and Honda's signature LED rear wing lights, which are now present on the top-tiered "VX."

Next vital feature of the 2018 Honda Jazz is its infotainment system. The new series now boasts of a 6.9-inch advanced touchscreen infotainment system. Among its cool offerings are its built-in audio, video, and navigation features. The Jazz is also equipped with a Digipad 2.0 with Bluetooth audio, Apple CarPlay, and Android Auto. As it expected of this caliber, the infotainment system's screen also doubles as a display for the reverse camera.

Right beyond this system, Honda also managed to add more features in Jazz's interior. The refresh now comes with a front center armrest, a driver-side vanity mirror, and a revamped cabin insulation. Safety features are also among its more highlighted hallmarks, which are now sporting rear parking sensors and speed-sensing door locks. The usual suspects such as the driver and passenger SRS airbags, ABS, and EBD are still included in its standard safety features.

The engine used for the Honda Jazz is a Euro-4 compliant unit and does not gobble up much of the fuel due to the Programmed Fuel Injection delivery system and the "Earth Dreams" CVT gearbox. The paddle shifter makes it sure for a smooth ride in all conditions. It also lets the driver take over, in case it senses some latency on roads that are a little too congested. It also added a cruise control which gives convenience when driving on the freeways. One of the main highlights of the car is the addition of an "ECON" button. It activates the economical side of the Honda Jazz which greatly helps the driver save a lot on the fuel consumption by trimming down the throttle response, air conditioning and the transmission.

The Honda Jazz is offered in two engines which include the RS-badged model. It has the 1.5-litre, naturally-aspirated, four-cylinder engine can make a good power of 120 PS along with a peak torque of 145 Nm, which comes at 4,800 rpm. The power is sent down to the wheels using a 5-speed manual gearbox for the base model and a CVT for the rest of the variants. A paddle shifter is added to the top-spec model and the RS version. It may be a big part to add it did not compromise on the performance and the auto gear shifting prowess of the Jazz.

The Honda Jazz is also offered in a 1.2-litre petrol engine which revs up 90hp and 110 Nm of torque, mated to either a 5-speed manual or a CVT automatic. The petrol engine may not be the liveliest at low speeds but there is still the option to work with the manual gearbox to maneuver it. Performance is noted to get better at higher engine speeds. With all things considered, the petrol automatic variant still trumps its siblings in terms of performance.

On the other hand, the diesel engine provides good low-speed performance. Nevertheless, this engine type may get a bit noisier than usual even by diesel engine standards. But when you get to experience its strength on efficiency, such minor inconvenience can be forgiven. The Honda Jazz also has ventilated brakes for the front wheels while the rear wheels have drums. It comes with an anti-lock braking system (ABS) and electronic brakeforce distribution which are all given as standard in all the variants. Safety electronics like the Vehicle Stability Control and Hill Start Assist, which prevents the hatch from rolling back when starting on an incline. These two features are only available in the top variants, including the reverse parking camera with guidelines. One of the most important safety additions in the Honda Jazz is the generosity of the airbags. Honda has been quite abundant in adding dual front airbags as standard. Although, if you want more airbags on the vehicle, the RS version has up to six airbags, which include side and curtain airbags as well.

The Honda Jazz has an unmatched styling, up at the front, it has a set of sleek headlamps that continue up to the opening of the grille. The grille has chrome outlining which sets it apart from most of the cars in this range. For the lower lip of the bumper, it has an excessive black plastic cladding and blacked out mesh design on the air intakes. Its fog lamps are also set on the pool of black surrounds.

There are two-character lines from the side of the car, this makes it look muscular despite the wheel arches not being so prominent. For the low variants of the car, it has 15-inch wheels with 175-section tires. The top variant models have 16-inch units with 185-section tires. Even for the alloy wheels, it has different color tones with the most attractive one being the Gloss Black of the RS variant. It has halogen headlamps that are standard in all the trims except for the RS trim, which has LED lighting. It has the side turn indicators which are built on the fenders in the low trims while on the higher trims, they are added to the ORVMs.

The Honda Jazz is up against several competitors, but it still manages to keep the buyers attracted to itself without a fuss. When it comes to its size and the wheelbase, the cabin is extremely spacious and generous on the legroom as well as the cargo space. It has the 384-liter boot space that seems to be enough to carry almost all the luggage you may want to take in for any long road trips.

The Honda Jazz base variant gets a 2-DIN audio system with AUX, USB, and Bluetooth connectivity. On the hand, the 7-inch touchscreen infotainment system is offered for the Honda Jazz top variants. The hands-free audio streaming of calls from mobiles is given as a standard feature for the Honda Jazz. It may not have any leather upholstery in any of the trims but still manages to be comfortable and likable with the black fabric. For its base trim, all the other variants have speed-sensing door lock. The power windows are given as a standard fitment, along with auto up and down for the driver.

The trademark ULTR in this segment (Utility, Long, Tall, Refresh) on its rear seats is also noted –giving the "spacious boot in a small hatch" trend another boost. And despite its propensity for spaciousness, Honda still opted to arm its cabin with some considerations that should ultimately make its passengers comfortable. One example is the flexibility of its front passenger seats which can be folded down and flat forward, providing an ample interior space for whatever reasons users deem to appropriate for real estate.

Talking about comfort, Honda has also and finally addressed one of its glaring issues from its previous entries relative to the materials that were utilized in Jazz's interior. This refresh is now adorned with more soft-touch and ultimately useful materials. The company also equipped the all-new Jazz with decent, low-seating and with four varying adjustment modes set for its rear seats.

Meanwhile, power-folding side mirrors are all accessible in any Jazz variant. The Steering Wheel Audio Controls, on the other hand, are only equipped as a standard feature in all CVT editions.

2018's Honda Jazz 1.5 RS Navi, right alongside the 1.5 VX Navi also come with features that are both prominent and defining. These include the touch panel automatic air-conditioning, the paddle shifters, the speed sensing auto door lock, the cruise control, and the smart entry with Push Start System. These same variants are also boast of a slew of many other convenience features, which comprise of HDMI connectivity, Miracast and Cube User Interface (UI), Multi-view Reverse Camera with Guidelines, Voice Command, and a Navigation System, as mentioned. 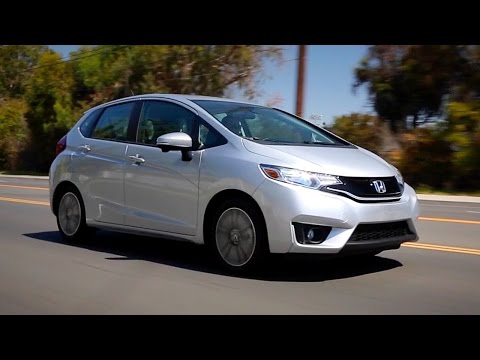