Priced at over a million pesos, the Honda Civic may not be an easy decision for everyone. But to those who are planning to buy the 10th-generation Honda Civic, you can expect an aggressive premium sport sedan with a fastback roofline, LED headlights with daytime running lights and LED tail lamps at the back. At the heart of the Honda Civic are 2 engine options, an all-new 1.8L non-turbo i-VTEC and a 1.5L Turbo i-VTEC engine mated on Honda's Earth Dreams Technology Continuously Variable Transmission (CVT). The aggressive sporty design of the All-new Honda Civic compliments the vehicle's heritage.

The Honda Civic's driving performance promises both efficiency and a powerful driving experience. Inside the cabin of the All-new Honda Civic is a stylish multi-information display, abundant spacing at the back but overall, a unique cabin styling. Another remarkable insight about the Honda Civic 2018 is that it's also been recognized as an "Overall best buy" vehicle by experts and owners alike. The Honda Civic packs the latest driver assisting technology and safety features one can ever desire. It offers Airbags for both the Driver and Front Passenger, Anti-Lock Brakes System with Electronic Brake-force Distribution, it also has Immobilizer, Stability Control, a Security Alarm, Electronic Door Locks, Hill-Start Assist, and ISOFIX.

Regardless if you're looking for your first car, daily driver or a sporty vehicle, the 10th-generation Honda Civic should be on the list of vehicles you ought to consider buying.

The 10th-generation Honda Civic is powered by 2 engine types. A 1.8L SOHC i-VTEC engine that produces 141ps @ 6,500rpm and 174Nm of torque @ 4,300rpm and a 1.5L In-Line 4 Cylinder Earth Dreams Technology DOHC VTEC Turbo engine exclusive to the RS variant that produces 173ps @ 5,500rpm and 220Nm of torques @ 1,700-5,500rpm. Both engines offer great efficiency and performance supported by Honda's latest VTEC technology that promises higher performances while being environmental-friendly. In addition, both engines are mated to a Continuously Variable Transmission (CVT) and there's no manual transmission option available. However, the Honda Civic comes with a paddle shifter giving you the option to have fun shifting gears at your own pace.

It has robust performance and higher cruising efficiency are one of the best features of the Honda Civic. The vehicle features an Eco Mode which provides better gas mileage. For a more active throttle response, you can switch the driving mode into "S" then the Sports Mode will be activated for quicker engine responses and for a more fun driving experience. The Honda Civic shows a balance of good performance and fuel economy with its Earth Dreams technology CVT. Data gathered on the vehicle's fuel mileage resulted with a 10.3 km/L in normal city driving, around 7.5 km/L in heavy traffic, for highways condition, 17 – 17.5 km/L of fuel on average. In addition, the Honda Civic comes with an excellent braking system thanks to disc brakes both in front and at the back.

The Honda Civic drives with a light but active steering and has a good overall visibility. Driving on the Philippine roads, the Honda Civic is more than capable of handling every bump on the road and will smoothly absorb shocks without worries. Its planted very well on the ground and delivers the right amount of power when needed making overtaking other vehicles a breeze, especially the RS variant as the torque kicks in even at low revs.

With modern technology onboard, the Honda Civic is clearly on a different level from its predecessors. Aside from the design and performance, Honda also prioritizes the driver's and passengers' safety above all. Inside, both the driver and passengers are protected with driver and front passenger airbags, side airbags and side curtain airbags, but that's not all, with a top-notch body design engineered to dissipate the energy of a crash and minimize the possible damages to other vehicles, Honda didn't just make the Honda Civic a safe car for its passengers but for other vehicles as well.

Driving the Honda Civic has never been easier as it now comes with Electronic Parking Brake (EPB), Auto Brake Hold (ABH) and Hill Start Assist (HSA) making it easier for the driver to stop and go on a flat surface or an inclined road.

There are also other notable safety features onboard such as the Anti-lock Brake System (ABS) with Electronic Brake Force Distribution for further preventing the car wheels from locking for better control and Vehicle Stability Assist (VSA) to prevent oversteering and understeering.

The 10th-generation Honda Civic is noticeably larger, wider and lower than its predecessor. The All-new Honda Civic sports an aggressive fastback styling with eye-catching and beautifully carved bodylines all around the vehicle.

Up front, the Honda Civic arrives with an updated chrome grille that looks connected with its aggressively designed headlights that features LED Daytime Running Lights. The LED door mirrors with side turn signal also amplifies the vehicle's modern design. You can base your judgement of which variant of the Honda Civic you're looking at by simply learning that the non-RS variant has a chrome wrapped grille while the glossy dark one is used by the RS variant.

The premium sporty look doesn't stop there. The Honda Civic has an impressive fastback type rear which compliments the overall design of the vehicle making it a head turner from the front to the back. Completing that gorgeous look is the LED C-shaped taillights that overlaps the trunk lid giving the Honda Civic a subtle but intensified look compared to the previous generation.

The Honda Civic is riding on either a 5-spoke 16-inch alloy or a 5-spoke 17-inch alloy depending on the variant. Now that the car is bigger than before, it's only natural to see them with larger shoes coming out of the dealership.

The All-new Honda Civic provides a driver-oriented layout. Inside the Honda Civic you'll notice that its mainly colorized in black hue surrounded with a mix of soft and hard plastics but overall feels premium enough for its price range.

The digital gauge upfront is noticeably massive and is perfectly aligned with the driver's angle of vision. Straight from the driver's vision is the tachometer and speedo meter while the temperature and fuel gauge are located on both sides. The RS variant has a little twist though as it appeals to the driver with its red colored bars. The Honda Civic gives a comfortable driving position. It has a telescopic steering rack which is also on hand for better configuration alongside a height-adjustable driver's seat. The vehicle's cabin also receives an oddly raised transmission tunnel which strongly assists the driver to reach the switch-gear and gear lever more effortlessly. It also has an airy space for both front and rear passengers while still putting aside enough space for storing stuff like smartphones, loose change, and sunglasses, etc.

The Honda Civic's Infotainment system is highlighted by a 7-inch touchscreen infotainment system compatible with Apple CarPlay and Android Auto, Wi-Fi and Bluetooth connectivity but it does not include a satellite navigation system.

For your storage needs, the Honda Civic has more than enough space for your cargo as it offers 428 liters of boot space. If that's not enough, you can fold down the seats in the cabin for added storage.

Other notable features of the Honda Civic are the push start button, Cruise Control, paddle shifters and touch volume control on the steering wheel, 8-way power adjustment driver seats, speed sensing door locks, ECON mode, remote engine start with automatic walk-away auto lock, backup camera and rain sensing wipers. If there's anything we're not very fond about the Honda Civic's interior, it's the absence of USB port and aircon vent for the passengers behind, and that the USB port upfront located behind the center console is troublesome to access. 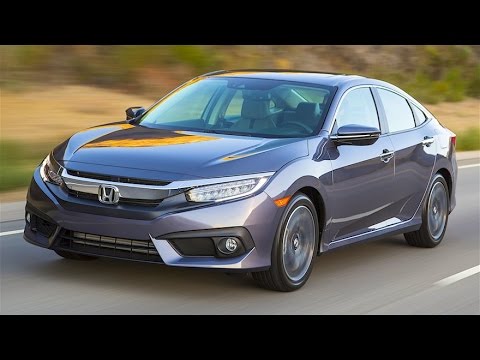 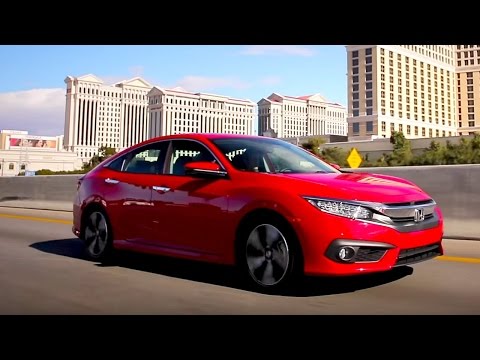