The First Look of Specs, Features, and Potential of Latest Honda City 2020

Honda City 2020 is the latest automobile that indents a sense of superiority in everyone associated with it. The Honda City manufacturers take pride in the fact that the cars come with unmatched specs and advanced features. On the other hand, the Honda City owners benefit from their unlimited structures. Purchasing an automobile continues to intimidate first buyers; however, the Honda City is the safest bet in any market.

Honda is a renowned car manufacturing company. They have persistently served with their exceptional automobile models. Moreover, a Honda showroom depicts a dream come true for any car fanatic. It seems that Honda has outdone itself again with the latest City model. Apart from automobiles, Honda is a manufacturer of motorcycles and power equipment.

They do justice to their market statement: The power of dreams since the latest Honda City appears to be looking straight out of a dream. This Japanese company is the leading motorcycle manufacturer for many years. People have put their faith in Honda since the 1950s.

Honda City is another example of the company's extended vision. The Honda City comes in a variety of colors; hence type is not an issue. It competes in status with Toyota Yaris, Hyundai Accent, Nissan Almera, Holden Barina, Kia Rio, Suzuki SX4, Mazda 2, and the Ford Fiesta sedan. Currently, the City is available in 4 variants. 1981 marks the year when the Honda City models first divulged in the market.

Since then, the models have diversified in name and number. The City 20 comes in six gorgeous colors. The finish on all these colors is exemplary. The exterior and interior are spectacularly designed. This top-notch car has a fuel average of 14-16KM/L. Racing fans would be particularly joyed to know that the top speed of the 2020 city is 220 KM/H.

Presence of the Honda City 2020 in 7th Generation Cars

The five-seater sedan is a threat for competitors; the competition receives fuel because of its price too. The price range of the City falls within the scope of an average income buyer. The car offers a luxurious amount of facilities under a modest price tag. Its performance, suspension, and transmission account for its price tag.

The Powerful Engine and Mileage of the Honda City

The company's latest engine places itself inside the Honda City; Honda first launched this engine in 2013. Since 2013 the engine has undergone multiple facelifts. As of now, all four variants of the City 2020 compose the same engine power.

The engine displacement or more commonly known cc numbers at 1498. There are four cylinders, and sixteen valves present within the engine. Since the engine houses so many valves and cylinders, its shape altered accordingly. The turbocharged diesel engine differs from the petrol engine in terms of transmission. The engine exhibits an astonishing horsepower.

The robust engine delivers a horsepower of 119/6600; moreover, its max torque assembles at 145/4300. The capacity storage for fuel is a spacious 40 liters. Traveling longer distances with a full tank seems possible now that Honda Atlas involves gasoline as a fuel type in its 7th generation model. 40 liters can go a long way with the speed and agility Honda claims to provide in the latest City.

The immediate reaction related to the Honda City depends on its dimensions. The length, width, height, and wheelbase in all the variants are the same. The length of the City is a modest 4553mm. The size of the model makes it appear slender, but the width makes up for it disparagingly. The width of the City 2020 is 1488mm, along with a height of 1467mm. The length aid width of the City aid in its aggressive structure modeling.

A larger surface area invites further design; nothing bare surrounds the exterior. The City's wheelbase is 2600mm along with a 134mm ground clearance, which means conquering rugged terrains entails no issues. The base is safe for all kinds of surfaces ranging from mountains to deserts. As with typical sedans, the City 2020 has four doors and five seats. The trunk capacity is, in fact, 519 liters.

The transmission in the Honda City is automatic except for the 1.5 S MT in which it manual. The manual transmission type has a 6-speed manual gearbox, whereas the automatic variants have a CVT gearbox. Front and back suspension eradicate friction, namely the MacPherson Strut and Torsion Beam, respectively.

Safety of the Passengers is a priority for the Honda

The essentials present within the model include airbags for the passenger, driver, knee, side, and curtain. These airbags deploy themselves on immediate impact. Most people choose sedans since they tend to be family-friendly. The extensive safety features in the Honda City reinstate this fact. The City 2020 added vehicle stability and an anti-lock braking system. The speed sensing door locks automatically lock doors as a safety precaution.

A keyless entry system protects from theft; moreover, the hill start assists mostly covers mountainous peaks. The security alarms and smart protection system preserve and give an immense amount of mental satisfaction to the owner. A child seat anchor and smart child protection locks are other examples of child and family-friendly features.

The City 2020 is packed with an array of features. These features speak of the value imposed by the latest model. Perhaps the most unsurpassed quality in this model is its 8-inch infotainment system and the steering wheel audio control. Interacting with the radio becomes simplified with the presence of these handy buttons; the palm shape is adapted to control switches on the wheel with as much ease as possible. The City 2020 boasts of power windows, steering, and outlet.

The 1.5 RS CVT and 1.5 V CVT consist of automatic air-condition, whereas the 1.5 S CVT and 1.5 S MT support manual air conditioning. As far as entertainment within the car is concerned, the Honda City owners enjoy the availability of Bluetooth, USB, android, and apple autoplay. The entire scope of the City 7th generation models revolves around these features. The average buyers concern themselves with the drive and functional features only. The specs and in-depth analysis usually reserves itself to professionals.

The tyres of the new and improved City 2020 have an R16 diameter and a 185-width length. The variants differ in tire size. As with all other City models, the tire grip and friction are entirely reliable. Furthermore, the Honda City has the following underrated features:

The Honda City exudes dominance by its unique design and cut. The color names are as exotic as the models themselves, i.e., Ignite red, Platinum White pearl, Taffeta White, Modern Steel Metallic, lunar silver metallic, and crystal black pearl. The simple-looking sedan gives off a sense of prominence. The halogen projector headlamps paired with the LED indicators assist in promoting the sleek design of the Honda City. The LED lights installed within the automated side mirrors and indicators blink during the day time as well.

In comparison to the previous City models, Honda approached this model with an unconventional approach. They made sure to tweak some parts of the latest model; however, the changes were subtle.

On closer inspection, the City 2020 resembles the Civic more than anything. The upright windshield aids clear rear visibility from the driver's view. A more massive rear bumper also comes in to focus in the City 2020. Most of the attention revolved around the back end of the model; the front shape appears like a typical sedan. Its sleek design was the product of many facelifts.

Honda equipped the latest seventh-generation City with a comfortable and pleasing interior. Who doesn't love the scent of leather in a new car? The beige color seats portray a relaxed and serene environment. The model's inside matches with a family friendly mix, cup holders, leather upholstery, and a car seat holder complete the family-friendly image. The familiar sedan setting is composed of large leg space. The seats are retractable moreover the Honda Cabin has a black and beige contrast with the background. A low hum travels throughout the car ride and a carefully designed tachometer.

Overall, the Honda City provides noise insulation parameters coupled with a comfortable five-seater makes it the perfect investment for a family. The inside of the City is spacious moreover it contains a 2-speaker audio system.

The Pros and Cons associated with the new Honda City

Technology depends on criticism and improvement. Honda consistently releases new models every year with added features and increased market value. Identifying the positives and negatives within the new car strengthen the authenticity of any review.

Speculating the Honda City for its Positives and Negatives was only accomplished because of an extensive relation to the model's specs and manual. Honda keeps the spirit living within each release with a smart addition and subtraction of features.

The Honda City makes a home run for parties concerned with a modern functioning sedan. For all purposes, the seventh generation Honda City is an exciting prodigy of the former models. This model is a compact solution to a day to day use car. Stashing away, this car defeats its purpose; it is a typical work car. The exterior of the Honda City competes with its rival models. The price of the City resides with the variant you decide to buy.

The Honda City 2020 is the top pick for a comfortable sedan packed with modern specs. The fusion between the traditional sedan look coupled with numerous attributes calls for an extensive review. Countries like Philippines enormously profit from the standard variant since it appeals to the masses.

The distribution of all the variants among countries will settle the price. Keeping the price at a stretch, it falls in the bracket of still affordable cars. The Honda City is not an unrealistically expensive car; its sum relates to the benefits it provides.

Countries that are yet to experience the extensive qualities of the Honda City await their arrival. The City 2020 is the kind of car that keeps your hopes high. Honda has dedicated itself to providing the finest automobiles; therefore, the Honda City takes the front seat in 2020 for being anticipated and appreciated worldwide. 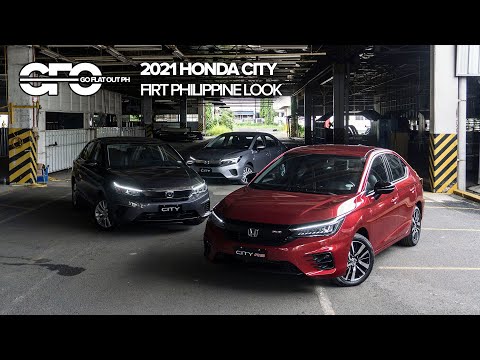