The Honda Brio Amaze is a four-door sedan that made its Philippines debut back in 2014. Now on its second generation, the Brio Amaze is commonly referred to as the sedan version of the Brio hatchback. Today, the Brio Amaze is one of the attractively priced models in its segment, especially given its premium styling. The Brio Amaze is a product of Honda Motor Company, a Japanese multinational manufacturer of a comprehensive list of cars, motorcycles and aircrafts. The company has been in the business of making motorized vehicles for the past seven decades.

Under the hood, this model keeps a 1.3-liter four cylinder i-VTEC motor attached to either a five-speed manual or a five-speed automatic transmission. This power mill produces a maximum of 99 horsepower at 6,000 revolutions per minute (rpm) and 127 Nm of peak torque at 4,000 rpm. It has a fuel tank that can carry up to 35 liters of petrol at a time.

Brakes come in ventilated discs up front and drum type at the rear. As for its suspension, this model employs a combination of MacPherson Strut with Stabilizer at the front and Torsion Beam at the rear.

The Honda Brio Amaze packs a rather short list of safety features. Such include anti-lock braking system (ABS) with electronic brake force distribution (EBD), seatbelt reminder and immobilizer. The car also comes outfitted with dual SRS airbags for driver and front passengers. The Brio Amaze is sold locally in three variants: 1.3 MT, 1.3 S AT, and 1.3 V Navi AT, which are sold for PhP843,000, PhP722,000, and PhP661,000. This makes it one of the more competitively priced models in its segment.

For an entry-level premium car, the Brio Amaze is gifted with powerful engine. Its suspension setup is just right for driving in both the city and highways. This car has a small turning radius – 4.6mm – and this makes it easy to drive and maneuver in packed city streets and tight parking spaces.

The Honda Brio Amaze measures 3,990mm in length, 1,680mm in width, and 1,485mm in height. It has a wide enough wheelbase at 2,405mm that allows for decent cabin space. Meanwhile, a generous 150mm means the car can manage humps and other road imperfections well. This model a distinct styling that makes it standout in a crowd. Despite belonging to the small car segment, the Brio Amaze has a robust and stout character, which make it hard to ignore whether you see it on the road or at a parking lot.

The vehicle's front fascia sports a small grille at the center with two chrome slats cutting through it. Big trapezoidal multi-reflector halogen headlights lends this sedan an interesting look. Meanwhile, the lower bumper protrudes prominently just below the grille, a styling that is not often seen in contemporary models today. Halogen fog lights are also made available on the higher-end variants.

From the sides, the Amaze is an all-body color affair, where even the side view mirrors and the door handles are in the same hue. Sharp lines run the length of the car, which runs on 15-inch alloy wheels.

Meanwhile, the rear part of the Brio Amaze is less busy than the front. The highlights from this view is the tail gate spoiler with LED high mount stop lamp. Unfortunately, prospective buyers has a limited list of body color to choose from, and they options are all neutral but highly preferred shades. In the Philippines, the Brio Amaze is available only in Crystal Black Pearl, Taffeta White, and Lunar Silver Metallic.

The Brio Amaze boasts of a spacious and well laid-out interior, albeit short on features, especially on the base trim. It seats up to five passengers and offers a 400-liter trunk space.

The driver gets a straightforward instrument cluster that includes a tachometer, a speedometer, a digital fuel level indicator, and fuel consumption meter. For the passenger's information and entertainment needs, the base trim is armed with a 1-DIN Audio that offers auxiliary-in and USB connectivity, and two speakers only. The top-of-the-line variant, on the other hand, has a 2-DIN Honda DVD Navigation system with CD/DVD, auxiliary-in, USB, and Bluetooth connectivity support, plus four speakers. Some variants also get a seven-inch capacitive touch screen audio interface.

Passengers are kept comfortable with manual-type air-conditioning system and comfortable seats. Seats come wrapped in beige fabric as standard, while some variants get it in black with orange stitching. All variants get sliding and reclining bucket type front seats with fixed headrest and fixed rear seat row. In the high-end trim, driver and front passenger seats come with seat pockets, while rear passengers get to enjoy folding armrest. 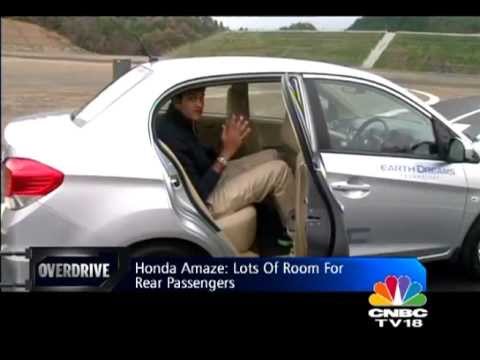 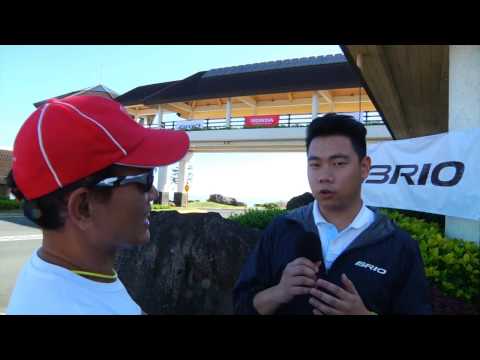