In 2015, the Chinese brand first launched the Haima S5 as a crossover entry competitor. It is more of a compact SUV that is still a new name in the market. With its latest releases, the vehicle seems to have improved but is however still questionable whether it can last for long-term use. The car model is offered with a low price tag, and with that said – there are quality drawbacks that you can expect. The value of the vehicle has not yet proven its worth and would still require some time for our consumers to appreciate it.

As this gets introduced in the market today, the vehicle can come in two variants. The first one is the cheaper 1.6-liter or the 1.5-liter engine. Although the vehicle is very affordable, the maintenance cost could ramp up. There is simply poor support when it comes to service centers for this brand. The least that you would want is to have a vehicle that you cannot run.

In case you may have heard, the Haima brand has managed to take over some of the Mazda's assets which is why you will notice that some Mazda features could be noticeable into Haima's products. Although the features of a Haima S5 look very appealing for its price tag, we encourage you to still look out and compare it with other rivals in the market. Despite the price difference, we want you to get the best value for your money.

The Haima S5 is also equipped with a MacPherson suspension at the front to be able to accommodate road harshness. Riding this vehicle presents some level of comfort but is not necessarily dynamic for a relaxing cruise. It also does not support power steering which can make it a bit difficult to maneuver.

A disappointing factor with the Haima S5 is that it is not built to be driven as lively as you would like it to be. There are delayed responses that could feel annoying at times. The side clearance is also a bit short. However, it does do a good job of suppressing noise vibrations from harsh roads. And this is thanks to its tall tires.

The fuel economy is decent but is not necessarily exceptional. On a city drive, it has 10-12km/L and does not excel much on a highway condition. Whether the vehicle has a full or light load, the fuel consumption, unfortunately, remains the same.

The interior of the Haima S5 has upgraded when compared to previous models. However, it is not a huge jump when matched with other brand rivals. The seats are made with fake leather that is more comfortable than before. The rear seats can accommodate up to three passengers with a decent room. And the optional sunroof makes it feel even more spacious. There about 30 compartment storage that is spread across the cabin to help keep things organized. At the back, the cargo capacity allows up to 320 liters which can still be expanded if you fold the rear seats flat.

Because there is a low seating design on this vehicle, it is not the best when it comes to outside view. There are a few challenges when wanting to park because of the visibility. But luckily, there is a parking camera that should appear at the touchscreen control. Other technologies that can be found in this vehicle is the seven-inch touchscreen display that somehow suffers from a hazy look. There is not much that you can do since there are no controls for changing stations or tracks on the console.

There is, however, a USB and Bluetooth connectivity as well as a CD and DVD player. It may not be the most intuitive display but over time, you should be able to get used to it. The dashboard control sports a wing-shaped design while the steering wheel has a four-spokes style with some audio controls. The cruise control could be triggered but this feature is only present with top-end variants along with the push-button ignition. Overall, the interior carries the basic features, but could still be refined for its class.

The Haima S5 carries a rip off from a European style. It somehow wants to carry that stylish look but cannot manage to execute it cleanly. However, it has deeply changed a lot when compared to its previous models. You can notice that it still has the Mazda-vibe since Haima has managed to acquire a portion of that asset. The overall dimensions of this car are 4358 mm x 1823 mm x 1630 mm (LxWxH).

At the front, there is a sculpted bonnet look with a chrome grille and the brand's logo. The lights have LED daytime running lights that should work with the design. At the rear, it has a decent tail lamp style that should blend with the door and spoiler. And the tires are sported with a 17-inch five-spoke aluminum allow wheels that should be nice to look at as well.

When it comes to safety features, the Haima S5 is barely there. It has basic features but nothing special. For starters, the ABS and EBD are present but the tire monitoring system and ESC are available for select variants. The braking system has disc brakes on the front and drum brakes on the rear. There are also some warning signals and reminders available such as the parking sensors, speed limit, and front seatbelts. The airbags are only available for driver and front passenger and will not include rear occupants. You would need to pay more to have side curtain airbags for Noble variants. 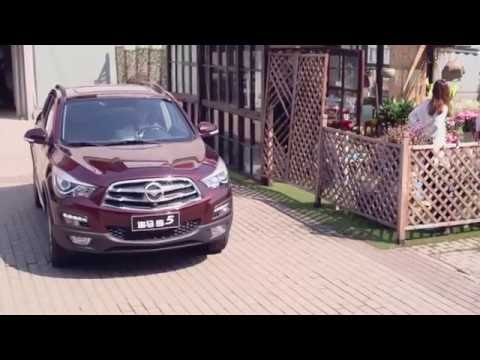 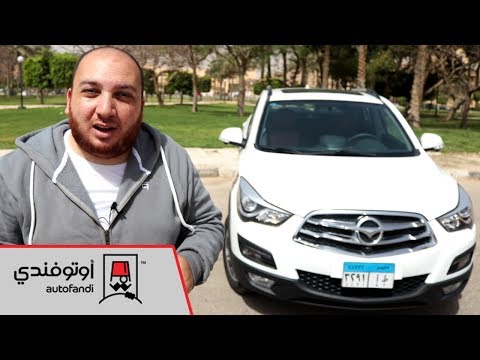