Ford Mustang – Nothing Beats The Classics

Since its introduction in 1964, the Ford Mustang has already gone through six generations with consistent improvements, generating loyal consumers in the process. Ford claims that the Mustang was given the moniker "the world's best-selling sports car" in the past two years, with a noted, more than 150,000 sold units globally in 2016.

Ford released its latest version in the Philippines this 2018. The iconic sports car from the blue oval brand now comes with subtle exterior changes, a refreshed interior, and four new variants. For the 2018 model year update, Ford Philippines decided that it's the perfect time to introduce a convertible version of the renowned pony car. It is set to get the same sharp-looking aesthetics as the hardtop version, along with the potent 5.0-liter Coyote V8. Ford showed some options of having the Ford Mustang Convertible hooked up to a six-speed manual transmission beside the standard ten-speed automatic.

Lately, Ford India has finally brought the iconic entrant to its mainland 51 years since its launch, subsequent to the announcement that it sold a staggering nine million units worldwide. The right hand drive Indian-spec'd Mustang is fueled by a 5.0 litre V-8 motor, all tuned to provide 401 PS of power and 515 Nm of torque. A 6-speed dual-clutch automatic transmission, on the other hand, powers the wheels on its rear.

What's fresh on the newest Mustang? From the get-go, the new entrant's rev-matching technology will have you feeling like a legitimate racing driver. Though the tech itself has been on the spotlight for quite some time now, such offering has allowed the Mustang on the six-speed manual gearbox. This functions by "blipping" the throttle automatically, resulting to a faster and smoother downshifts.

The new Ford Mustang is now also equipped with the much-needed "Good Neighbour Mode," a functionality that should delight the early risers. As it is, the setting that comes with it boasts of a new active exhaust which allows users to place the engine in quiet between noted hours of the day. Alternatively, consumers can also brag his or her neighbors just how in race-mode your car is by just with its noise.

On its exterior, the new Mustang has received some teaks which adds to its already-aggressive aesthetics. It now comes with a new bonnet with integrated air vents, right alongside a revised lower grille up front. Meanwhile, its modified diffuser and a fresh, optional rear wing easily complete the prominent look on its back. In terms of power, the 2018 Ford Mustang is now armed with more power than before. The V8 variants specifically, its 5.0-litre eight-cylinder unit boasts of up to 444bhp from 410bhp. And despite of their torque retained at 529Nm, the quicker 0-60mph time of 4.6 seconds with a top speed of 155mph is quite a welcoming boost. Talking about performance upgrades, this Ford now comes with an available GT performance package which consists of upsized wheels, Brembo six-piston front brake calipers, robust front springs, retuned stability control settings, plus a Torsen limited-slip differential.

Another alternative feature that is also one of its key hallmarks is the vehicle's "MagneRide" adaptive suspension. Its mechanism uses a magnetic force, as it implies, to conveniently adjust its flex in the springs. This system varies depending on the user's driving mode, ultimately providing a firmer setup.

Other notable features of the 2018 Ford Mustang are its Pre-Collision Assist with Pedestrian Detection and Lane Keeping Aid. Also thrown into the mix is the Auto Emergency Braking System. Consequently, these feature culminate to its record-breaking three-star rating from the Euro NCAP. Would-be purchasers will also have tons of access to driver-assistive technologies which comprise of an adaptive cruise control, blind-spot warning, satellite radio, a lane keeping system, a rear cross-traffic alert, and a forward collision warning.

In the same vein, there's also a full complement of updated technology features that are now offered on the new Mustang. These include the Apple CarPlay/Android auto smartphone integration and a 4G LTE Wi-Fi hotspot.

The folks behind the new Mustang also incorporated the nicely touch, optional customizable instrument cluster. Designed with the aid of former video-game developers, this amenity offers a slew of layout choices and 26 color alternatives. Meanwhile, the 12-inch all-digital instrument cluster comes with a provision for displays to up to eight gauges.

When it comes to the newest Ford Mustang's safety, the makers behind the iconic refresh made sure that the vehicle more than delivers. Personal favorites such as the Personal Safety System, the efficient disk brakes, and ABS are still in the mix. In this segment, however, the car's SOS Alert System takes the limelight. The feature readily sends vital information and alerts the post of any crash that may happen.

Under the hood, Ford Mustang GT is a thoroughly reworked 5.0-liter V8 engine which is capable of dishing out 460 PS and 569 Nm of torque, eclipsing the already good performance of having the 435 PS with 542 Nm of torque in the old model. This significant increase in power is made possible to the car's low-pressure port fuel injection and with high-pressure direct injection technology. It even comes with an active valve exhaust system only for the GT variant. In addition to a new compression ratio of 12:1, the Blue Oval gives its iconic car new 10-speed automatic transmission and Drag Strip Mode. The new gearbox is expected to further enhance performance and responsiveness while the Drag Strip Mode helps to obtain maximum acceleration for straight-line driving. According to the US automaker, the 10-speed gearbox can offer a low-speed tip-in response, reduced shift times and substantially minimized friction losses. In more detail, the EcoBoost-powered model is said to sprint from 0 – 97 km/h in less than 5 seconds, and for the V8-driven sports car can accelerate from 0 – 97 km/h in and only under 4 seconds. For its handling and ride control, it also gets greatly improved due to new shock absorbers, new cross-axis joint in the suspension at the rear as well as new stabilizer bars, not to mention the optional MagneRide damper which is included in the Mustang Performance Package which is responsible for handling under different kind of situations.

The Ford Mustang 2018 EcoBoost is now a 2.3-liter turbocharged 4-cylinder engine producing 314 PS and 475 Nm of torque, with considerable enhancement compared to the outgoing 434 Nm output.

The Ford Mustang now sports a more athletic appearance, courtesy of its redesigned hood and grille. On the vehicle, the hood vents have a new lower position while the grille is also made lower and wider. It creates a leaner and more aggressive look for the car. The Ford Mustang comes equipped with an all-LED front lighting system, including low- and high-beams, turn signals, signature lighting, and repositioned front fog lamps. In comparison with the noticeable refreshments up front, the changes at the rear seem to be subtler. The Ford Mustang 2018 GT variant gets quad-tip exhaust, but for the EcoBoost, counterpart can be distinguished by its twin-tip one. Both of the Ford Mustang variants are revised with concave signature tri-bar LED taillights, higher rear spoiler, refined license plate recess, and a creased trunk panel painted in black. It has an overall dimension that measures 4784mm long, 2080mm wide, 1381mm tall and a wheelbase of 2720 mm.

It still features a set of 19-inch alloy wheels which comes in Ebony Black. And without stating the obvious, its stallion logo on the air which is both familiar and prominent, is complemented well by its LED fog lamps that is simply unmistakable right on its lip spoiler.

The interior look is basically the same as its predecessor, it just has some interesting refinements coming from the upgraded interior materials, like the aluminum door handles, bezels, and rings and especially the nice hand-stitched center console with contrast stitching and newly padded knee bolster. It now includes a restyled seat with new patterns and color choices plus newly-added Mustang badge on the instrument panel area. For its cargo capacity, the Ford Mustang provides up to 383-litre of space to carry your luggage. The all-new Ford Mustang now offers its occupants with even more premium ambiance. When it comes to its infotainment system, it has a new 12-inch LCD screen in the dashboard which is customizable to fit one's preferences. It can be set to three separate views, namely Normal, Sport, and Track.

There is also a function wherein you can save favorite drive settings, for instance, steering and suspension preferences by using the MyMode feature. The Ford Mustang 2018 is loaded with the FordPass app and SYNC Connect 3 as standard. This FordPass app allows remote control via smart devices for certain functions of the car such as scheduling next service appointment, looking for a parking space in advance, checking if doors are left unlocked and more. Now for its safety features, it offers a wide range of Ford driver-assist technology, this includes: Pre-Collision Assist with pedestrian detection, Lane-keeping assist Lane-departure warning, Distance alert, and Driver Alert System.

In essence, the new Ford Mustang now serves consumers whose priorities lie on the performance and the aesthetics. Gone are the days when makers of the affordable sports cars such as the Mustang were only catering to those who are after its engine offerings and not the innards of its cabin. Today, Mustang has definitely risen to the challenge of the modern users and updated its cabin with features that are both trendy and of high-quality.

Nevertheless, the 2018 Ford Mustang still comes with offerings that are rather short-sighted and not entirely well executed. Specifically, the new entrant doesn't come with a roomy rear seat. Now while small passengers like children should be comfortable enough with the given space, adults may still feel cramped and could get cranky in extended miles. 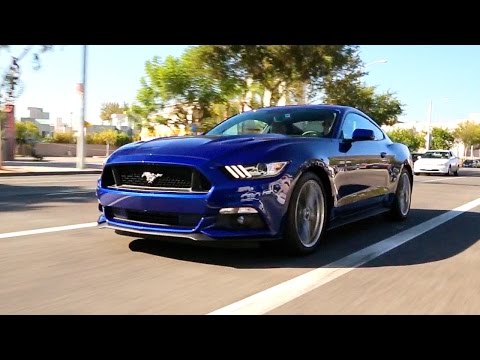 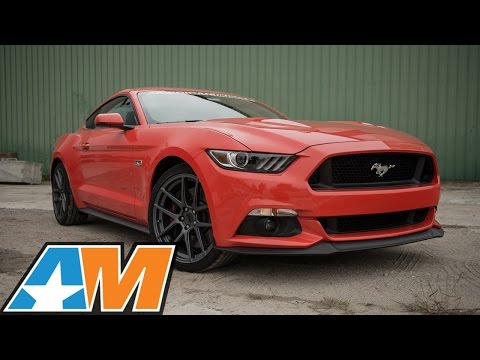