Is The Chevrolet Trailblazer The Right Kind Of SUV?

Great For Any Outdoor Adventure

The Chevrolet Trailblazer is one great SUV that can surely handle the great outdoors with its class-leading performance and drivability while still being practical enough for the everyday city drive. Its front bears the American brand's new signature dual-port grille which is topped off with its iconic bowtie badge, sleek headlights with DRLs, and intakes and fog lamps along the bumpers. The new Chevrolet Trailblazer has managed to compete with the likes of Ford Everest, Toyota Fortuner, Mitsubishi Montero Sport, and a few others.

The Chevrolet Trailblazer has a new dashboard interface, apart from its notable look on the outside. It now has a more premium looking cabin and interior. When it comes with its steering wheel, it comes with a three-spoke steering wheel with audio and Bluetooth controls. For its center console, as well as vertical AC vents, are all new. It has a drab looking circular knobs for automatic climate control have made way for a smarter looking air-con unit.

It offers an 8-inch MyLink infotainment system which is another new feature and comes with added functions to enhance smartphone connectivity, including Android Auto and also with Apple Carplay. The Chevrolet Trailblazer's dashboard comes with the new soft-touch pattern, and the contrast stitching on the new leather upholstery give the quality quotient an uplift.

It has taken the game one step further by introducing this facelifted version of the Chevrolet Trailblazer. One of the most noticeable change happens to be to the front grille now shows a two-slat chrome design with Chevrolet's logo sandwiched between them. For its overall design, it looks sharper, wider, and bolder than before, thus making the front look smarter. The new black stripping design in the front bonnet adds to it more sporty appeal, this gives the Chevrolet Trailblazer a more aggressive masculine look and design.

For its overall side silhouette, it remains more or less unchanged. It also comes with a new 18-inch gunmetal alloy wheels which enhance the already high 253mm ground clearance. The Chevrolet Trailblazer sits on the same platform as before, it is rigid and as a true-blue SUV just like it was before. Another noticeable change is that there were no changes made on its rear. The design remained to look as bland as before, and while the tail lamps do get new LED inserts, their small size doesn't help to complement the sizeable tailgate.

The Chevrolet Trailblazer still have two engine options on offer, both diesel powered. There are two mills which are dubbed as 'Duramax' engines, the smaller one is a 2.5-liter four-cylinder unit, which produces 163 bhp of maximum power and 380 Nm of peak torque. While the bigger one, 2.8-liter four-cylinder engine pumps out 200 bhp of power and 500 Nm of torque. The 2.8-litre diesel variant of the Chevrolet Trailblazer produces the best power and torque numbers among all its competitors.

The Chevrolet Trailblazer's 2.5-liter diesel option is available in only one variant with a 6-speed manual gearbox and front wheel drive as standard. It is paired with a 6-speed automatic gearbox and features in one trims with four-wheel drive and in other two it pairs to a front wheel drive system. Chevrolet has not revealed the top speed, acceleration, and fuel efficiency figures, since SUVs don't gel well with these traits, but has a fuel efficiency figure of 7.5-8 kmpl.

The Chevrolet Trailblazer is available in four trims. The 2.5-litre diesel is offered in single variant option with a 6-speed manual, the 2.8-litre diesel comes in three different trims all featuring a 6-speed automatic transmission - 4x2 LT, 4x2 LTX, and 4x4 Z71. The Chevrolet Trailblazer is expected to pack all the necessary safety functions, it comes loaded with front, side and curtain airbags, ABS with EBD, Traction Control system, the Hill Start Assist and Hill Descent Control, Trailer Sway Control, Brake Assist, and Electronic Stability Control.

It also has some top-notch active safety systems such as Forward Collision Alert, Lane Departure Warning, Side Blind Zone Alert, and Rear Cross Traffic Alert, thus making it one of the safest SUVs to trust upon. The Chevrolet Trailblazer is available in 7 different colors - Summit White, Auburn Brown, Switchblade Silver, Satin Steel Grey, Black Meet Kettle, Mountain Blue and Pull Me Over Red. When compared with its competitors, the Trailblazer is longer, wider, and taller, giving it a commanding street presence. 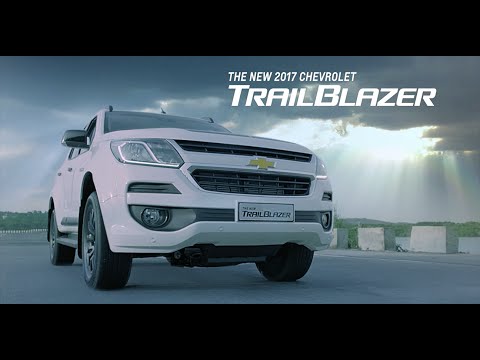 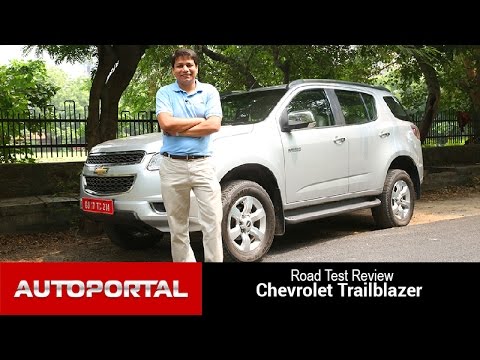