Being on top of the lineup in the Sub Urban Vehicle category, Cherry Tiggo 8 is a mid-sized Car Model by Chinese Car Company Chery named as Tiggo 8 in its latest 2020 version. Some of the top qualities it carries are its luxurious styling and a dashing front end with a wide grille. On the back, it is having a unique design as a strip of light to give it a more commercial look. The inside of the car boasts a full-fledged digital control panel and a fused touch-operated screen right at the center of the dashboard.

Talking about its practical aspects, it has a three-row seating facility with a seating capacity of up to seven passengers. Some of the other top classic attributes of the Chery Tiggo 8 are powered sunroof, powered tailgate, windows with anti-pinch, a camera with a 360-degree viewing angle, and a bunch of airbags for safety purposes. Chery is offering its two variant models in the market viz the A-T Luxury Model and The AT Luxury EX model.

The EX variant offers some more technical specs so therefore it comes with a slightly higher price tag. No matter which variant you choose both are made to perform well as both are powered by Turbocharged Motors. The chassis of the Chery Tiggo 8 model comprises Mac Pherson Struts right in the front and as a multi-link in the rear suspension systems. The dynamics of the Chery Tiggo 8 model is sufficient to talk of its qualities when compared with the other car models in the Sub Urban Vehicle class as it comes with a length of 4700 mm, a width of 1858 mm and a height of 1746 mm along with a wheelbase measuring to a total of 2710 mm. With a ground clearance of around 200 mm metric, it gives the vehicle a good rise as the wheels are 18- inch in size.

Some of the more tech features that the Car Model is offering include a free Chery Smartwatch which is a wearable device and will help the user as a smart key around the user's wrist. This in turn helps the user to turn on the vehicle, turn on the Air Conditioning System, also can open car windows and sunroof simultaneously, and last but not the least user can easily open and close the rear bootable space door. Some other features which make the Chery Tiggo 8 vehicle easier to use are its entry by a convenient passive way, option to passively start the car, and presence of hold onto its break.

When looking at the exterior of the Chery Tiggo 8, it mostly resembles its twin smaller variant model Chery Tiggo 5X. What gives this model a luxurious and satiny look is the presence of Grill shaped in a form like a crouching tiger in a shiny black finish which in turn gives this model a very clean look if looking on the overall design of the car. Also featured in the model is the existence of LED headlights right on the front side, which is well fused with the LED fog lamps and DRLs. One more feature that the vehicle has is the better execution of broad lines and clean angles. Talking about its wheels these are present in a two-tone design with a diameter of 18 inches. To give it a better look the rear lights are aesthetically fused with the LEDs by installing them in its housings. For users who are more specifically interested in its cargo capabilities especially the roof-mounted ones, for them, the Auto Company Chery is offering one of its kind Roof Rail with Load-Bearing.

In today's world, Car Consumers are not only concerned about the Car's exterior but are also expecting a better look from the Interior perspective of the car model. Due to this, the Auto Car Company, Chery is offering Tiggo Lineup with the huge cabin space which attracts a large number of Car Consumers all across the world. The interior dynamics of the Chery Tiggo 8 have got a 7- seated structure which can be easily rearranged to give more space to extra passengers or to give more of the space to the cargo.

Even the back row of the car can be folded flat into the area of cargo as per the convenience. Similarly, the middle-row too can be rolled to make space for more volume of cargo as per the need. To give the customers a luxurious ambiance the Car Company Chery has provided the seating and upholstery with leather-like material finishing. All of the Chery Tiggo 8 variants have this facility. To make the surroundings adaptive to the conditions of the external conditions of the Chery Tiggo 8 model is well equipped with Air Conditioning vents which can be seen easily all around the cabin which in turn also ensures the passengers get fresh oxygenated air in equal amounts.

Also, the interior has the facility of an option of ambient lighting in this model's lineup. Apart from the Exterior and Interior Design the most important perspective on which a model of the car is measured is its safety features available in the Car model. So the Chery company comes with a host of well-equipped safety features. Some of the safety trademarks of the Chery Tiggo 8 model are the presence of Six safety airbags Each one for the Driver and the front passenger and the rest four for the passengers on the sides.

Alongside the safety Airbags, the vehicle also comprises an Electronic Anti-Theft system which remains active until the car is parked and thus keeps the car safely and securely. For adding more to the Vehicle's safety and security the anti-theft system is well paired with the engine immobilizer. In keeping view with the Child Safety Needs the car company comes with a very unique feature of added anchor points through its ISOFIX interface system. Other common safety attributes like Anti-Breaking System, Emergency Brake Disk, Control Program for Electronic Stability, Descent Control while use on Hill Ride, Control for Cruise, Radar for front and reverse the movement and a Monitoring System for Tyre Pressure are also some of the added safety features in the Chery Tiggo 8.

Talking about its engine performance the Chery Tiggo 8 produces a 145 horsepower and a torque of 210 NM from a 1.5 L Turbocharged Powered Motor. It delivers a maximum power of 125 KW with 2.5T Honeywell Turbocharger and gives and 250NM of maximum Torque. Talking about its transmission the motor hosts a high-efficiency 6-Speed Dual Clutch Transmission. This will deliver a quick shift response, large efficiency in transmission, and thus maximum power output to the vehicle. The front wheels get their power from the engine itself. For better off-road performance the T1X model comes with an extended room for front and rear head, a well-maintained angle of approach or angle of departure, and a better ground clearance.

Pros and Cons of Chery Tiggo 8: 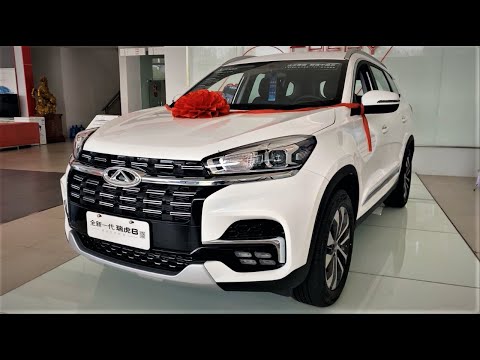 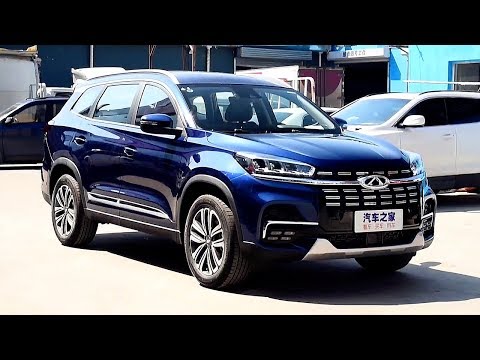