"The driver's car". That is how the BMW 3 Series is often described by car enthusiasts. The 3 Series has always been a dependable car throughout the years, and the redesigned 2019 edition is of no exception. With the facelift comes a slew of improvements: an upgraded base engine, wider interior, and better handling and steering.

If you're looking for a car that's fun to drive, with a bit of pep as it revs up and nimbly move at every turn, the BMW 3 Series might be worth a look. Its robust engine is very sporty for a luxury car. And it has the engineering prowess and pedigree that comes with any BMW.

The BMW 3 Series is within the compact executive car category; it has a seating capacity of 5 people. It's offered either with rear-wheel drive or all-wheel drive powertrain. Transmission is 8-Speed Automatic.

First unveiled in 1975, the 3 Series went on to become BMW's best-selling model, accounting to 30% of BMW's yearly car sales. The current generation is its seventh. An M version, the BMW M3, debuted in 1986.

The newest generation of the BMW 3 Series features notable improvements from its previous iteration. The base model now enjoys a twin-turbo four-cylinder engine. Steering and suspension also underwent some upgrades, allowing the 3 Series more athleticism and nimbleness when on the road.

The base model is offered with two engines. The sedan variant features a 255 hp twin-turbo 2.0-liter four-cylinder engine, while the GT and Sports Wagon has practically the same engine but with a 248-horsepower rating. While all engines come with 8-Speed Automatic Transmission, no Manual Transmission option is currently available.

If you're looking to upgrade the engine, you can do so with a twin-turbo inline six-cylinder engine capable of 320 hp. This engine is available for the 340i models. Mileage is around 8.5 km/l in the city and 15.5 km/l on highways.

Because of the recent redesigns, handling is now more responsive. Keeping the car stable regardless of road quality is a priority in this model, and an upgraded suspension system keeps the ride comfortable.

BMW not only improved the 3 Series' performance, but it also underwent some modifications on the exterior design, and the result is a great visual improvement from the previous generation. Front overhangs are short, which helps with the visual proportion of the car. The hood and the front bumper has considerably more mass, which has a practical use as a prerequisite for international pedestrian standards, but it also gives the car a more forward look. Finally, the signature BMW split grille is still present.

The BMW 3 Series is available in the following colors: Alpine White, Sunset Orange, Mediterranean Blue, Platinum Silver, Estoril Blue, and Black Sapphire. These colors are subject to availability in the Philippines.

The cabin also underwent a design overhaul, while still maintaining BMW's minimalist design language and use of high-quality materials. Its technological features are innovative, though might be a bit confusing for new drivers. The few inches added to the body of the new model also benefited interior space, as there is now more legroom and cargo space.

The 3 Series comes standard with the latest iDrive infotainment interface, 8.8-inch display, an HD Radio, and speakers. The new BMW's Intelligent Personal Assistant is also installed: it learns your driving habits and will also respond to certain voice commands. It is a neat innovation but may still need a bit of improvement.

For cargo, the BMW 3 Series has almost 17 cubic feet of trunk space, while the GT variant has larger with 56.8 cubic feet with seats folded.

There's a reason why 3 Series is the best-selling BMW of all time. It combines practicality, comfort, and performance, and makes sure you have a smooth ride throughout your trip. If you're looking for an executive sedan with sporty features, the BMW 3 Series is your best bet.

BMW is a German automobile manufacturer, founded in 1916 in Munich. It still has its main headquarters in the city. One of the world's largest producers of vehicles, BMW has production plants in Germany, the United States, the United Kingdom, China, India, Brazil, and South Africa.

BMW has a long and significant history with motorsport, particularly with Formula 1, but also with touring cars and the Isle of Man TT. BMW Also produces motorcycles via its BMW Motorrad brand.

In the Philippines, SMC Asia Car Distributors Corporation is the exclusive local distributor of BMW cars and motorcycles, with headquarters at Barangay San Antonio, Pasig City. 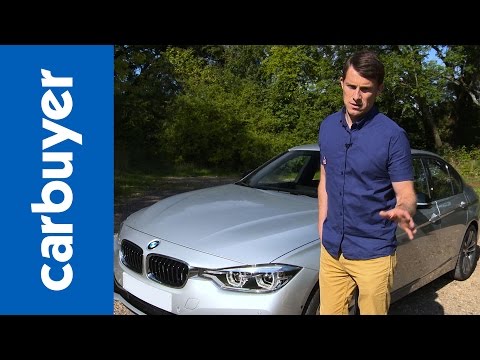 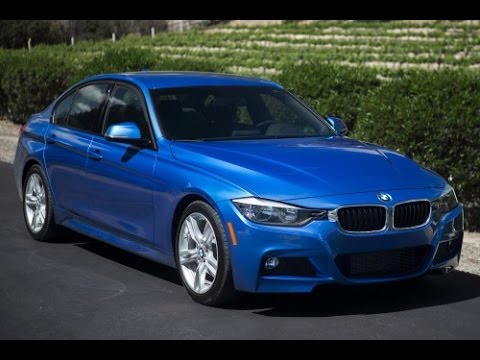