The Audi R8 - The Meanest Audi Sports Car in the market

The history of Audi R8 can be summarized in a simple narrative: "There were heads turned and eyes were popped." And voila, Audi was rightfully catapulted into the market. The Audi R8 is an amazing convertible vehicle that ticks all the right boxes. It looks great with brilliant specifications and most importantly, its driving time is fun. Introduced back in 2007, the goal of the Audi R8 was to prove to the world that the brand can compete against the Italians, but ultimately making it a practical supercar for everyday use. It can ride two-passengers in full comfort alongside a golf-bag size luggage. The Audi R8 is a supercar for the masses, but it's not cheap. It really is one of the best options for buyers who want to look good, feel powerful on the road, and just cruise in the open wind.

The Audi R8 distinctly occupies a spot in the competition that rightly demands every bit of respect. Now boasting of more power since its introduction, the Audi R8 also gets to have its much-needed facelift – a mid-life revamp in a clear attempt of the brand to remain competitive in its otherwise aggressive class. Outwardly, a sharper Audi R8 is very much evident – and even made more pronounced by both of its bumpers that can intimidate without them trying. It also is equipped with larger exhaust pipes. Nevertheless, the new refresh never forgets to pay homage – to the 1984 Sport Quattro Group B rally car, specifically – with its three slots placed across its nose.

Beyond these, a sharpened Audi R8 can also be gleaned from its more stiffened suspension, fitting a new carbon anti-roll bar at the front (which makes it 40 percent lighter than the old steel variant). Consequently, its steering is also recalibrated, most especially the optional variable ratio Dynamic Steering.

What sets the Audi R8 apart from its fiercest rivals such as the McLaren's 570S, the AMG GT, the and the Porsche 911 GT3, is its duality. Despite of these contenders' crisper and edgier offerings, it is the R8's consistent usability and track day performance which make it a standout.

Also distinctive in this regard is the Audi R8's glorious emission of a warble that only grows in intensity when it finally homes in on 8,700rpm cut out. Without having to exaggerate, its high rev reactions are both tack-sharp and forceful – ones that should carry you in a different dimension.

The Audi R8 even comes with different drive modes, you easily select from using the Audi Drive Select, in which allows the driver to optimized settings to suit different situations like Comfort, Individual, Dynamic and Auto. When it comes to car handling, there's no doubt that this contender is a great one on the road. Talking about the all-wheel-drive system with rear bias, it offers maximum traction and the 7-speed automatic S-tronic transmission which is fast and precise to allow proper exploitation of the whole package. The Audi R8 sees fitment of the 5.2-liter V10 that's been rated to produce a healthy 540 hp with 398 lb-ft of torque.

When it comes with the gears on that slick and fast 7-speed automatic transmission, the performance is nothing short of awesome. This is already expected from any Audio vehicle, but more now with the Audi R8.

The Audi R8 can launch from standstill to the magical 60 mph mark in as little as 3.5-seconds, and when you stretch its legs on the highway, the convertible supercar is able to reach a maximum speed of 198mph. For the 540hp, with the normally aspirated V10, is not only responsible for the vehicles blistering performance, but there is also has that soundtrack to match. The Audi R8 V10 Plus will be here for a while with even more to offer for all its consumers, but all the extra power will surely come at a very valuable price.

The Audi R8 is known to be the very best of the best car in its segment, and every part of it confirms this. On the safety features of the vehicle, the Audi R8 includes systems like electronic stability control, traction control, ABS braking, electronic brake-force distribution and airbags in the usual locations. There's even a pop-up protection in the form of bars that explode upwards to protect occupants in the unlikely event of a rollover accident. Perhaps the only criticism the R8 has received was from its second-generation's lack of bite relative to its turn-in. Nevertheless, the brand has succeeded subsequently as adjustments on its suspension have been made. Because of that, its nose now feels a little keener and grippier, in terms of its steering response and the car's reaction as the suspension gets compressed.

The Audi R8's weight is also a bit criticized. Despite of its using a hybrid carbon-aluminium chassis, the two-seat R8 still weighs 1,660 kg and unladen – which makes it about 200kg heftier than the McLaren. Meanwhile, some of its weight were reduced on the Performance variant, stripping 65kg to be exact. Ultimately, the R8 still emerges to be well-balanced right through all of its corners. For most, this misstep is countered by understeering the vehicle very slightly. But users are still encouraged to think carefully before finally heading for the throttle if they intend to run wide towards the exit as this can bite back as it should.

The Audi R8 is clearly a race car for the street. It will be a show stopper on the street while driving it, all eyes are on this car. When it comes with its interiors, it is without doubt a one, top premium convertible car that everyone will be envious of. The seats are designed like a fighter jet and with every sort of wrapping around the driver so that it's within easy reach of the driver, the only person this car is created for. In most cars, the driver and passengers can stay entertained by looking at or fiddling with the infotainment system. For the Audi R8, you get to have nothing to fiddle around -this is something that you might want to think about or might not be used to at all. What the Audi R8 have are the small round screens and buttons for the climate control. But it still has that 12.3-inch screen that doubles as the instrument cluster. Talking about the storage capacity of this vehicle, there are just a few spaces for storage in the cabin. The trunk space which is in the nose of the car is the only space to fit the most necessary of items. There is really no room for a large suitcase or any huge stuff that will fit inside. It also comes with the optional 550-watt Bang & Olufsen sound system for the cabin and this along with the MMI navigation and every other electronic function is accessible using the virtual cockpit that also comes with the instrument cluster which is the 12.3-inch digital display. For the finishing, there's a host of leathers available to customize things as well as brushed aluminum and carbon fiber.

The Audi R8 will surely provide the ultimate driving experience once you have it. The Audi R8 will not fail in giving the ride of your life as long as you're not stuck in heavy truck, driving and cruising with this car is a delightful treat. Audi R8 is the convertible version of the supercar which is every bit as good as the coupe version. Audi remained to be on top when it comes with performance. When you remove the roof, things are usually a bit heavier, it has the stiffening chassis to replace the rigidity loss of the roof removal, but Audi has sorted this out, evident from the matching performance figures. It has the magnetic ride suspension in play, so there's no real discernable difference in the way the car handles. It has a minimal body roll and even the slightest steering inputs to see the car react.

In three words, the exterior of the Audi R8 can be described as flat, wide, and exceedingly muscular – features in which Audi are most focused on before its eventual launching. And in to that end, the brand has triumphed. One quick glance at the vehicle, you'd know that you'd be up for something grand yet efficient. These offerings can be seen right on its LED headlights which come in standard, conveniently extending your field of vision and for most, these are super bright. The Audi R8 is also equipped with all the extras that warrant your need to drive on a race track. One of these features is the option for a laser version for high beam. These are also complemented by its dynamic turn signals placed on the front and those that also come standard on its rear.

For consumers who are on the hunt for Audi's PR jargon teasing the R8's chassis – its new multimaterial Audi Space Frame with high amount of aluminum and CFRP is the feature that allows the R8 to be distinctively lightweight. As such, the vehicle is both agile and rigid due to the inclusion of aluminum and carbon fiber reinforced plastics (CFRP).

The Audi R8 weighs in at 3,205 lb, which is reduced by 110.2 pounds over the first-generation R8. The R8's use of double wishbone suspension mad from aluminum, on the other hand, makes this contender the closest thing to motorsport. Meanwhile, its aerodynamics underbody integrates a long diffuser boost downforce. The newly-minted Audi R8 V10 sits on 19-inch wheels with 245/35 tires place on the front and 295/35 on its rear. There are also a set of 20-inch wheels option should users desire for more. Tires for this alternative are 245/30 and 305/30 for its front and rear sections respectively. Right on top of these, the available standard for the R8 V10 plus are top-tiered disks which are made from carbon fiber ceramics akin with the 20-inch wheels variant and are an optional for the V10.

Ultimately, the exterior of the Audi R8 wouldn't be complete without the mention of its four rings. The unmistakable feature is placed prominently right on the hood. It's made more premium with the inclusion of a single frame radiator grille with honeycomb design which is both flat and wide, dignifying the low and the muscular vehicle. All things, considered the Audi R8's exterior offerings are truly a marvel of top-of-the-line advancement for a driving machine. 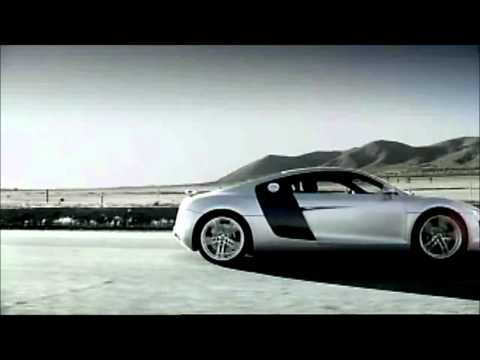 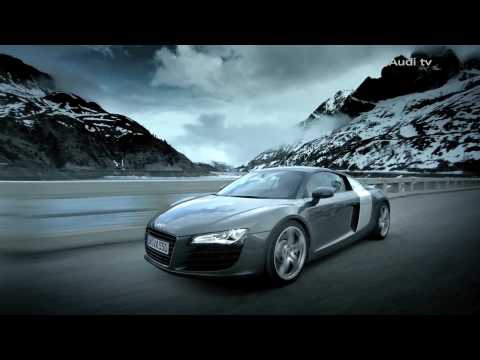