ASUS unveiled the ROG Zephyrus Duo 15, a gaming laptop that boasts two displays that are crammed into a single clamshell chassis. The Taiwanese tech giant's newest entry under its flagship gaming laptop Zephyrus series aims to appeal to modern gamers with a penchant to multitask beyond the norm.

More Than A Flexible Display

The main 15.6-inch display of the ASUS ROG Zephyrus Duo 15 either comes in a 4K or FHD panel, depending on the users' selection. This is then combined with a 14.1-inch touchscreen that is mounted right on the top half of the device's bottom deck.

Alternatively, the secondary screen can also be tilted at an upward angle. This mode allows users to see both screens simultaneously and improve airflow into the equipment's internals.

To amp up the benefit of a secondary, built-in display in the ASUS ROG Zephyrus Duo 15, ASUS worked with developers to make custom game displays for titles such as Techland's Dying Light 2, alongside the apps for League of Legends, Fortnite, and Counter-Strike: Global Offensive.

Internals Get Divided As Well

In terms of specifications, the cheapest edition of the ASUS ROG Zephyrus Duo 15 uses one of Intel's new 10th-Gen H series CPUs, specifically the Core i7-10875 CPU. The processor is then combined with its FHD main display, plus 32GB of RAM, 2TB of storage, and an RTX 2070 Super GPU from NVIDIA.

While the RAM and storage specs are demoted in the next edition, its CPU is upgraded to a Core i9-10980HK, with a GPU that is also bumped up to an RTX 2080 Super.

On the other hand, the ASUS ROG Zephyrus Duo 15's top-of-the-line model comes with the best of both worlds. It features a Core i9-10980HK, 32GB of RAM, 2TB of storage, and an RTX 2080 Super GPU. Additionally, it replaces the FHD display with a crisp 4K model.

We'll give you an update should the variants of the ASUS ROG Zephyrus Duo 15 officially arrive in the Philippines with their local pricing. 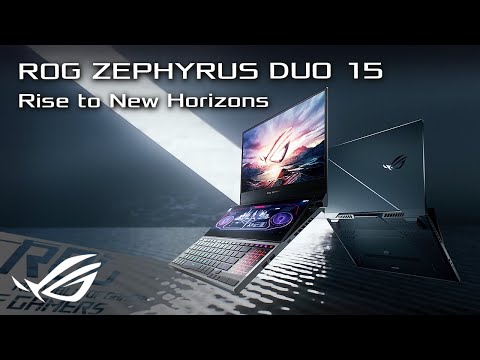 Lowest Price in the Philippines P99,326